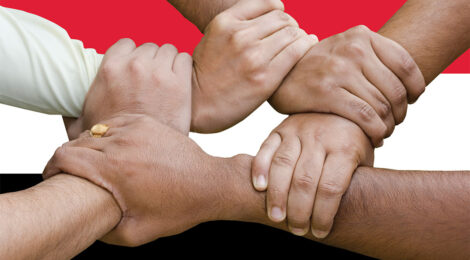 As countries modernize, loyalty to state should transcend loyalty to tribe 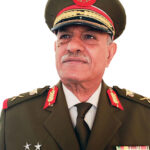 The tribe represents the foundation or cornerstone of Arab societies in general and Yemeni society in particular. Tribes no longer live primitive existences as they did in ancient times. Tribal members’ lives have improved under the influence of Arab and global intellectual and political movements that have culminated in the concept of the modern nation state.

Contemporary concepts and laws have come to regulate relations between the members of different tribes within a geographical framework and political entity that we call a state. In modern Yemen, the tribe has played, and continues to play, a positive role in preserving national unity and social cohesion, and consequently maintaining security and harmony.

Accordingly, many researchers have written about their concept of the tribe, highlighting its role in shaping Yemen’s future. Many observations have been made concerning its various definitions and meanings, which have merged with the concepts of the civil state to establish a society in keeping with the spirit of the times.

As tribal communities modernize and improve their educational and living standards, they will play a role in building a modern democratic society in Yemen. This modernization will lead tribes to partner and integrate into the civil system. This will be possible only through attending to the training and qualification of tribal communities and the development of tribal areas, in addition to addressing the phenomenon of unemployment among tribal youth and creating jobs for graduates as an alternative to military employment in army camps. These are necessary national duties, but the army should not be the only institution to employ tribal people. We hope for an end to that situation and that Yemen will return to the security and stability it once enjoyed.

To enhance tribal communities’ education and develop their administrative capabilities, we must support and encourage them to engage with civil society organizations, through which they can not only find jobs but also bring their experience to the villages.

Some tribesmen continue to cling to the conviction that the civil state is a foreign project of Western origin aimed at the political and social elimination of the tribal structure. This is a misunderstanding. The tribe, as a social system that calls for peace and coexistence, will inevitably serve the interests of any civil state. That’s because the purpose of a civil state — whatever state it might be — is to regulate citizens’ lives, develop their livelihoods, and provide security and peace for them and their children.

Tribal fanaticism and blind loyalty, on the other hand, run counter to the concept of national identity, the principles of Islam, and everything associated with civilization. Therefore, we — the advocates of a civil state in which the laws treat everyone equally, including the members of all tribes and those who do not belong to any tribe — must reject tribal fanaticism that exists at the expense of national identity.

For anthropologists, one of the fundamental principles of their branch of knowledge is to affirm the cultural structure of a society and that no person has the right to decide or decree how others should live and act based on that person’s view of right and wrong. Right and wrong are relative. What one society holds to be right may be considered wrong in another. Likewise, what is rejected today may become acceptable tomorrow, as values adjust to time and place.

Therefore, society must uphold the principle of respecting the values, concepts, and will of others, rather than imposing our views of what’s right and torpedoing the beliefs of others. We must meet them halfway, at a point where our ideas harmonize. This is one of the foundations of the civil state, whereby we accept the other who disagrees with us and respect his opinion.

The issue of tribes and their role in traditional societies is an important one that has attracted the attention of many anthropologists. Indeed, one of the first Arab social scientists preoccupied with the phenomenon of asabiyyah, or tribal spirit in the Arab world, was Ibn Khaldoun in his book, Muqaddimah. He emphasized the importance of the tribal spirit and its role in the structure of Bedouin society, whereby the state was based on two key pillars: tribal spirit and wealth.

However, tribal spirit here refers to a clan’s or tribe’s particular partisanship in favor of the state’s leader, meaning that this concept parallels that of citizenship in our time. This tribal spirit is supposed to transform into a national one. By national spirit, we mean a civil and peaceful sense of belonging, as opposed to national fanaticism, also known as jingoism.

The tribal spirit plays another role in social life. We see that the concept of tribal spirit is linked to that of social restraint, rather than moral restraint. Because man is inherently flawed, he may need outside forces to constrain his behavior and enable him to live in peace with others. From a traditional point of view, tribal spirit may be necessary for uniting members of one tribal community against those of others.

Despite the positive perception of tribal spirit held by some, Islam offers a different perspective on it. Because Islam is a religion of love and peace, it preaches renunciation of the tribal spirit to reduce conflict, division and failure.

The tribe has undergone a process of change, as we have said, and for better or worse, the concept of the tribe today is different from what it was previously. It would be difficult for us to restore the tribe to the place it occupied in bygone days because time and place have changed. Concepts have changed, and tribal functions have also changed within societies, to the point that only the symbolic and social value of the tribe remains. Over time, as societies develop economically and intellectually, tribal roles will evolve even further.

When people feel that they have become socially irrelevant and that this irrelevance is an obstacle to leading normal lives, the tribe as a social system dissolves. The dismantling of tribal ties cannot be imposed from the outside or through government decree; it must take place through convictions formed by tribe members themselves.

Pride in oneself, one’s family or one’s tribe is not wrong, illegal or taboo. The fault or danger arises when one puts tribal interest ahead of national interest. This is occurring in Yemen, Iraq and some other Arab countries, where, regrettably, society is fracturing based on sectarian identity or where tribal actions and behaviors oppress others.

In the end, we do not oppose every aspect of the tribe. We uphold tribal concepts that support the principles of a civil state and take into account the rights of all citizens regardless of their religious, intellectual, social or ethnic status.