Browse: Home   /   The Role of Intelligence in Combating Terrorism 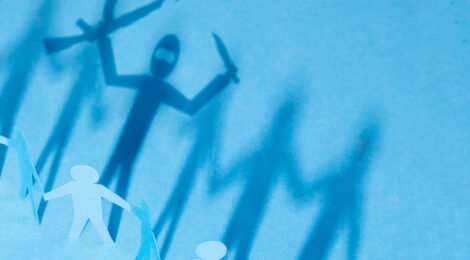 The Role of Intelligence in Combating Terrorism

HEAD OF THE YEMENI INTELLIGENCE AND RECONNAISSANCE AUTHORITY 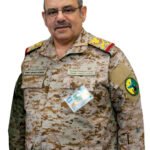 The war on terrorism is an unconventional war, where the enemy is entrenched among civilians and has no distinctive uniform, vehicles or equipment intended for military use. In this situation, intelligence efforts become a decisive factor in the fight against terrorism.

Traditional military methods are not enough to combat terrorism. If any state, such as Yemen, is afflicted by the scourge of terrorism and wants to defend its security today, it ought to rely on intelligence efforts in addition to military operations. That is because there is no more powerful weapon to dismantle terrorist network cells than information gathering.

States fighting terrorism differ in their tactics for preventing attacks by these cells. For example, Yemen sometimes tracks small groups unlinked to one another, which exist in a loose organization connected only by thin threads. It also tracks a number of individuals skilled at concealing their identities who resurface long enough only to carry out terrorist operations and attacks.

Some counterterrorism experts believe that mobilizing army units and other major forces (navy, air force, infantry and other military forces) in near-daily operations in an ongoing war on terrorism will not be a successful or practical strategy for combating terrorism and halting its spread and capabilities at home or abroad.

Intelligence gathering makes it easier for security forces to identify individuals involved in planning and executing terrorist operations by providing and updating a database of identifying information, affiliations and past activities of perpetrators. The authorities can rely on such a database when collecting incriminating evidence and matching fingerprints to those left in attacks or aborted attacks.

It can also be said that the main functions of intelligence include early warning operations; detecting and capturing terrorists and agents; and identifying the real actor or entity responsible, as well as financiers and accomplices. 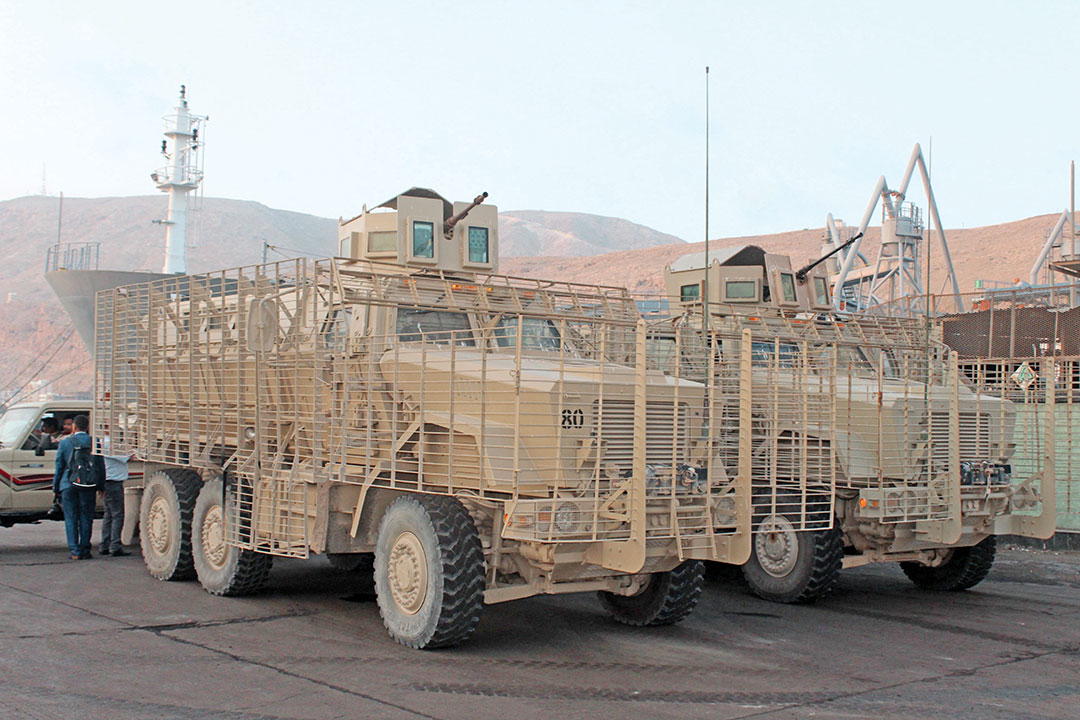 No army, however powerful, is able to defeat terrorism on its own. Take, for example, a country like the United States, which can win any war on conventional battlefields. But the war on terrorism is completely different, and terrorism cannot be defeated without the support of all types of security forces, especially intelligence. The main challenge in such a confrontation is the need to fight a shapeless enemy, often indistinguishable from the civilian population, that you must fight on a battlefield with no defined borders.

Collecting and analyzing appropriate, accurate information can prevent attacks and allow counterterrorism efforts to proceed calmly and without any disturbance that would alarm citizens or paralyze the community.

Terrorists adapt to their surroundings and adopt methods commensurate with government security forces’ strength and methods of combat. Sometimes they operate openly and occupy cities, as Daesh did in Iraq and other places in Asia and Africa. Sometimes they pursue hybrid warfare, and if unable to do so, they return to their preferred modus operandi of guerrilla warfare, engaging in a strategy of attack and retreat, then disappearing. In this way, they aim to deplete government security forces’ resources and morale.

It is imperative for any government security force fighting terrorism to develop sound intelligence institutions that incorporate both human and technical elements, because neither element will suffice without the other to accomplish the mission. Equipment does not work without humans, and information collection and analysis must rely on equipment and software.

Terrorists often do not use modern devices in their conversations, seeking to avoid eavesdropping and subsequent detection. They vanish into the population, away from the eyes of authority, and do not have special headquarters or barracks. They live among us, and in public they engage in civilian activities just like the ones we pursue.

Given all this, security forces need people to lead them to the terrorists, to point them out, to learn about their covert activities and to gather information about their whereabouts, actions, plans and communications. That’s where the intelligence component comes in. The intelligence operation must precede the military operation, because it will provide whatever information the security forces need to eliminate terrorist cells, while at the same time providing legal and legitimate cover for the security forces, through the evidence provided by intelligence, to obtain the legal approvals mandated by the laws of democratic countries. 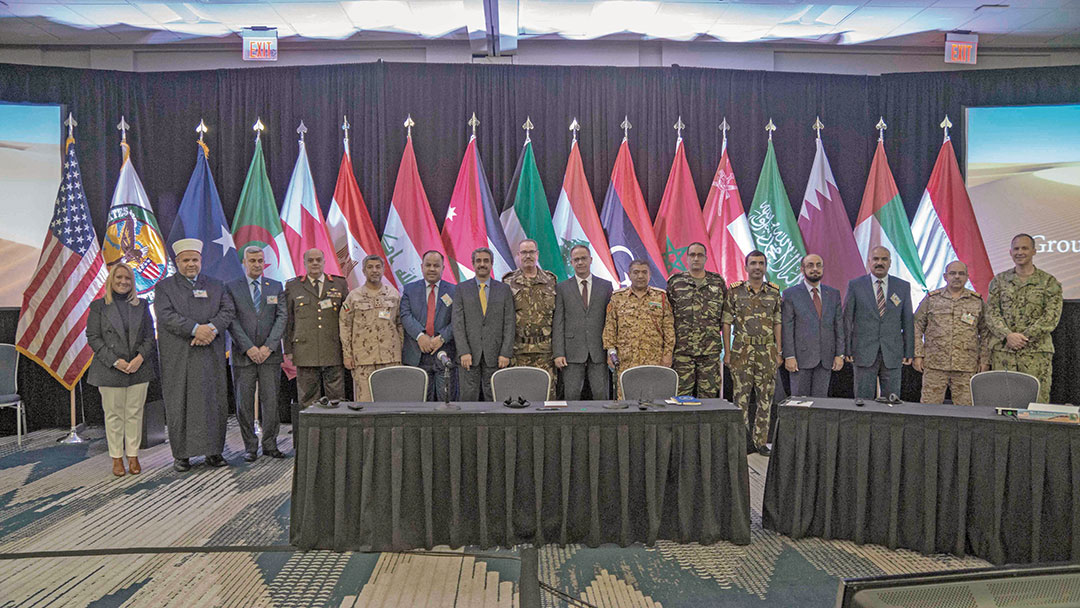 As for the Intelligence and Reconnaissance Authority in Yemen, the people expect it to do its work at all times, in all places, and in all circumstances (in peace and war). Its work increases in wartime because it is responsible for securing the Armed Forces’ movements, providing a safety valve and defending them from any hostile breaches. The authority is the best protection for the Armed Forces against information leakage and for maintaining confidentiality.

The authority considers its reconnaissance branch to be the best guide for determining the routes that forces must take, facilitating their passage by conducting reconnaissance on roads and terrain through which military columns will pass. It also discovers the enemy’s intentions by planting sources deep inside enemy areas, finding the coordinates of enemy command posts and supply lines and uncovering information related to the enemy that could accomplish the mission of friendly forces.

The Yemeni Intelligence and Reconnaissance Authority was formed after the decision to restructure the Army, approved by Field Marshal Abdrabbuh Mansur Hadi, supreme commander of the Armed Forces and president of the republic, after he took office in 2012. Two years later in the capital, Sanaa, the authority was organized with three intelligence divisions and two specialized directorates (naval and air).

Military and civilian institutions were devastated in 2015 by the rebellion of Iranian-backed Houthis allied with former President Ali Abdullah Saleh. Sanaa and several of the republic’s governorates were invaded by those lawless elements. As a result, the headquarters of state agencies and institutions were moved out of Sanaa, including that of the Intelligence and Reconnaissance Authority. It resumed its work by participating in the Arab coalition to defeat the Houthis, thus contributing to the recovery of more than 80% of Yemen’s territory from Houthi control. The core of the authority was later set up in the temporary capital of Aden, with a branch in Ma’rib governorate.

In Aden, the authority has started working professionally, efficiently, and tirelessly to carry out the duties and activities entrusted to it, as required at this stage to confront the challenges, despite limited capabilities due to the exceptional circumstances the country is experiencing. In this work, the authority benefits from a large number of qualified and able personnel. The work is carried out through communication and exchange of information with the authority’s divisions and its branches in all governorates of the republic.

The authority has operated during the war and performed its duty to the fullest extent, represented by its leadership, officers and all the staff of its divisions. It has spared no effort in providing information and identifying enemy positions and intentions, communicating them to coalition operations. We have received ongoing reports and information from officers and branch staffers throughout Yemen. We have also found sources and connected them to the responsible authorities in the steadfast city of Aden and to the top leadership at the Ministry of Defense and other security agencies in the capital. We also maintain ongoing communication with coalition forces and exchange information that will protect Aden and liberated areas from security disturbances, hostile acts and terrorism.

In addition to our tireless intelligence work, which we consider modest compared to the sacrifices made by our people, we are working to restore the country’s security and rehabilitate and rebuild a strong Army. We are always fully prepared to cooperate with other security agencies to do all we can to serve our country by thwarting the enemy’s schemes and the forces of evil and terrorism.

The Intelligence and Reconnaissance Authority participated in preparing security plans, conducting research and investigations, and confronting al-Qaida and Daesh, whose activities increased in the post-liberation period in 2016. We contributed effectively to the elimination or expulsion of many of the two terrorist organizations’ fighters.

The authority’s leadership recently participated in the inaugural Middle East Directors of Military Intelligence Conference in Tampa, Florida, sponsored by U.S. Central Command. The conference had a significant positive impact in bringing together and initiating meetings among a large number of intelligence heads and directors from the Middle East and the U.S.

It provided a great opportunity to exchange views and strengthen communication among intelligence leaders in all the participating countries. This saved the cost of traveling to each country to coordinate intelligence efforts and learn from their experiences, especially given that Yemen is still suffering the effects of war and destruction and consequently lacks resources.

Meetings also took place with a number of directors of U.S. intelligence agencies to explain the situation in Yemen and the outcome of the circumstances caused by the Iranian-backed rebels. There was discussion about developing plans for us to cooperate to put down and end this rebellion, restore legitimate rule, and resume the assistance that was provided to the Yemeni Army before the war. This cooperation has begun to bear fruit through more frequent meetings with our American friends.

The leadership of the Intelligence and Reconnaissance Authority is reorganizing and coordinating what remains of the agency’s structure to meet the needs of current and upcoming phases. This reorganization also aims to deal with the country’s suffering resulting from the destructive war conducted by Iran through its tentacles in the region, the Houthi movement.