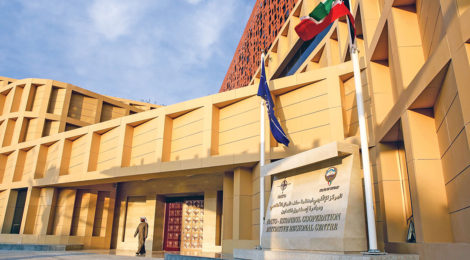 Unipath / May 21, 2019 / Comments Off on NATO Seeks Saudi, Omani Cooperation / Around the Region, Departments

NATO has reiterated its desire for Saudi Arabia and Oman to form a cooperative partnership with the North American-European alliance.

NATO opened a regional center in Kuwait in 2017, part of an effort to increase security cooperation with Gulf Cooperation Council (GCC) countries in the face of threats from Iran.

The alliance’s Istanbul Cooperative Initiative of 2004 led to a deeper relationship with Bahrain, Kuwait, Qatar and the United Arab Emirates. But that wasn’t the case with the GCC region’s biggest military power, Saudi Arabia.

At its Brussels Summit in July 2018, NATO extended a welcome not just to Saudi Arabia but also to Oman, a country that prides itself on staying neutral in regional conflicts.

“Whenever they are ready, we will be ready to welcome them,” a senior NATO official told The National.

A NATO declaration in Brussels noted that the Kuwait center “allows us to work more closely with partners in the Gulf region to enhance regional security and counter shared threats.” That work includes countering terrorism, weapons proliferation and failing states.

“The security of the Gulf is directly linked to the security of all NATO allies,” NATO Secretary-General Jens Stoltenberg said at the opening of the Kuwait center. “We share the same aspirations for peace and stability.”  Sources: NATO, The National