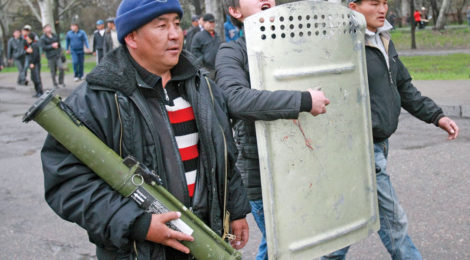 Unipath / May 21, 2019 / Comments Off on Kyrgyzstan Offers Cash for Weapons / Around the Region, Departments

Kyrgyzstan will offer money for weapons and explosives poached from the military during past conflicts. This security-enhancing measure, announced by the Kyrgyzstani Ministry of the Interior in August 2018, involves police paying citizens $25 to $250 for each illegally owned weapon they restore to the government.

During riots in April and June 2010, which resulted in the resignation of the government, military units reported the loss of an estimated 865 weapons with ammunition. About 350 of those weapons have been recovered.

In addition to collecting illegal military-style weapons, Kyrgyzstan shut down gun stores for part of August and September 2018, during the World Nomad Games and the Cooperation Council of Turkic Speaking States summit.  Sources: Azattyk, 24.kg