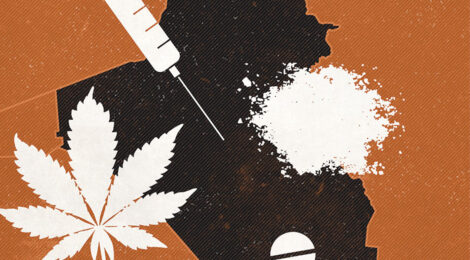 Drugs are one of the deadliest epidemics for human societies, leaving in their wake destruction in all areas of users’ lives. People take drugs to calm, tranquilize or stimulate themselves. But drug abuse can cause addiction, leading to dire psychological, health, mental and social consequences. Drug use usually begins through curiosity and a thirst for experimentation, and the first experience gives the user a euphoric feeling. This initial feeling acts as a trap, gradually drawing in the prey until the user succumbs to various forms of destruction.

Narcotics are considered legally prohibited substances because they harm the human body, and everything involving them is also forbidden, including their circulation, manufacture or cultivation, except for specific officially sanctioned objectives subject to control, as confirmed by Director of Counter-Narcotics Maj. Gen. Raad Mahdi Abdel Saheb to the Al Haris newspaper.

“Drugs are a dangerous epidemic that threatens all societies. They affect the human mind and cause their users to become unstable, leading them to commit various types of crimes that tear societies apart and weaken them,” the general said.

He went on to note that drug-related crimes had become a cause of concern because they impact the security of society and its structures. Drug-related crimes vary: They include distribution, abuse, trafficking, cultivation, procurement and even supplying a location for the storage of narcotics. The Iraqi Ministry of the Interior has been alert to the danger signs and the vicious attacks to which Iraq has been exposed at the hands of drug gangs. Iraq has been fertile ground for drug traffickers seeking to use it for their own ends. 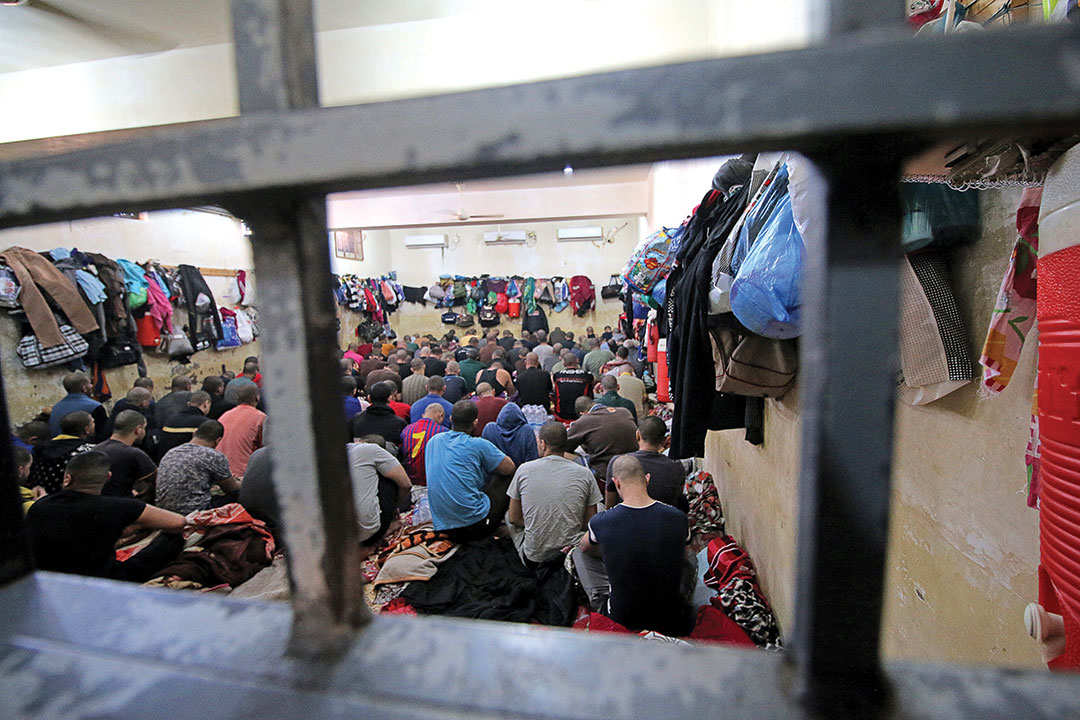 Iraqis arrested on drug charges sit in a cell at a police station in Basra.

The Supreme National Authority to Combat Narcotics and Psychotropic Substances was formed to look into several issues, among which was that the old Iraqi law had not kept abreast with international developments. The law was redrafted and promulgated as Law No. 50 of 2017, including details omitted in the previous law.

In addition to bringing the law up to date, capacity building was provided for officials through participation in specialized training programs within and outside Iraq. A recent example was when 15 officers traveled outside the country for training in the control of chemical precursors used to manufacture narcotics.

The director of Counter-Narcotics said: “In the beginning, counternarcotics in the Ministry of the Interior consisted of an office called the Central Narcotics Office. After that, the office developed into a section, and then into a directorate. Now, by law, it’s a general directorate, which affiliates with sections within every provincial police directorate. These provincial sections are linked to branches at the district level, and the directorate also has subunits at border entry points.”

He added: “The data and indicators show this epidemic to be on the increase, not only in terms of trafficking and distribution, but in terms of drug abuse levels. On the other hand, however, there is a significant and noticeable increase in the volume of narcotics seizures carried out in implementation of the directives of the senior undersecretary of the Interior Ministry and the undersecretary for Police Affairs, in response to their continuous engagement with this issue. Whenever there is an increase in the number of seizures, there is an increase in the number of those detained in drug cases, and this shows that the criminal gangs trafficking and distributing narcotics are evasive and require modern techniques to detect and detain them.”

Drug crimes are not the responsibility of a single agency alone; Counter-Narcotics heads the cooperative efforts of a number of different bodies. A great deal of cooperation exists between the other agencies and directorates at the Interior Ministry and the Counter-Narcotics Directorate, in particular the National Intelligence Agency, which provides intelligence to trigger drug investigations. Drug crimes differ from other crimes — whereas a murder leaves behind the body of a victim, and a theft leads to investigations, tackling drug crimes relies on a high level of intelligence.

Likewise, the General Directorate for Civil Defense, represented by the Environmental Protection Police, engages in cooperation on psychotropic substances and chemical precursors. The Environmental Protection Police are concerned with the storage of these materials because chemical precursors are materials used in both licit and illicit manufacturing, the latter being the manufacture of drugs.

The Border Force Command and the Customs Police are considered the first line of defense against drug crimes because they are responsible for preventing the smuggling of drugs into Iraq. Other ministries and agencies involved include the ministries of National Security and Defense — on the operational level and in the field — and the Ministry of Labor and Social Affairs to deal with social problems from the impact of drug crimes. The Ministry for Sport and Youth is tasked with finding positive ways to absorb the energy of young people. 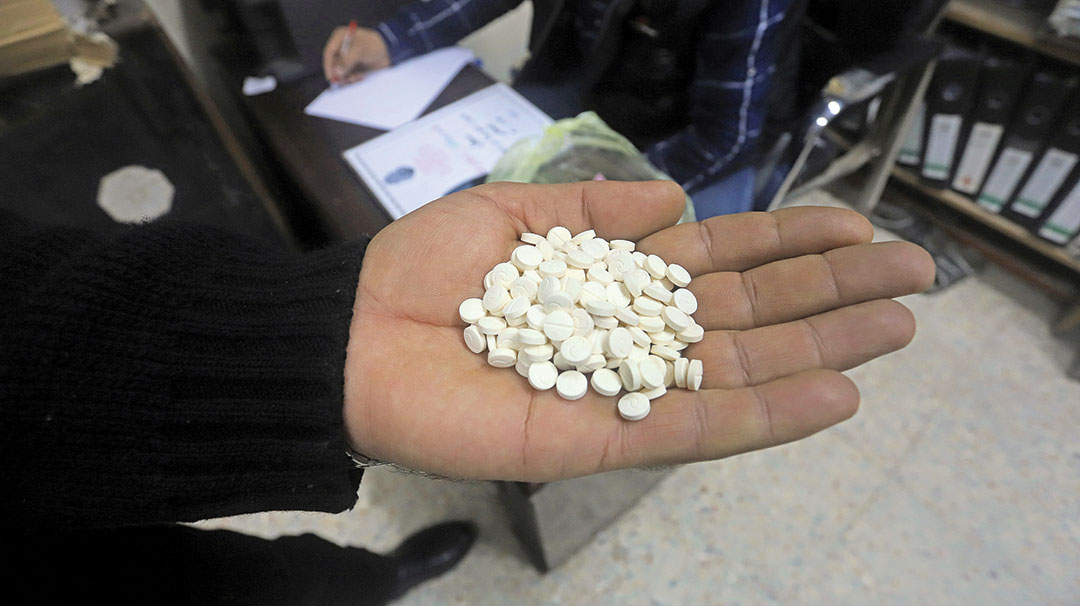 Iraq has conducted meetings and exchanges with neighboring countries to formulate strategies and forge cooperation. This international perspective is important because drugs may be manufactured in one country, pass through another and be consumed in a third. This phenomenon requires international, regional and local cooperation, and memoranda of understanding have been signed with several neighboring countries on cooperation on drugs crimes.

Maj. Gen. Raad urged the Counter-Narcotics Police and all sections of the Interior Ministry not only to combat crime but to prevent it from occurring through raising awareness and offering guidance on the dangers of these crimes; the public must be informed about their dangers.

He pointed to a number of workshops and awareness-raising seminars held by the Counter-Narcotics Police in coordination with other ministries, such as those of Higher Education, Health, and Education. These seminars concerned the dangers of drugs and the laws penalizing them within universities and in educational directorates in all the provinces. The goal is to increase understanding of the dangers of this epidemic, since one cause of the spread of the drug phenomenon is ignorance of its dangers. 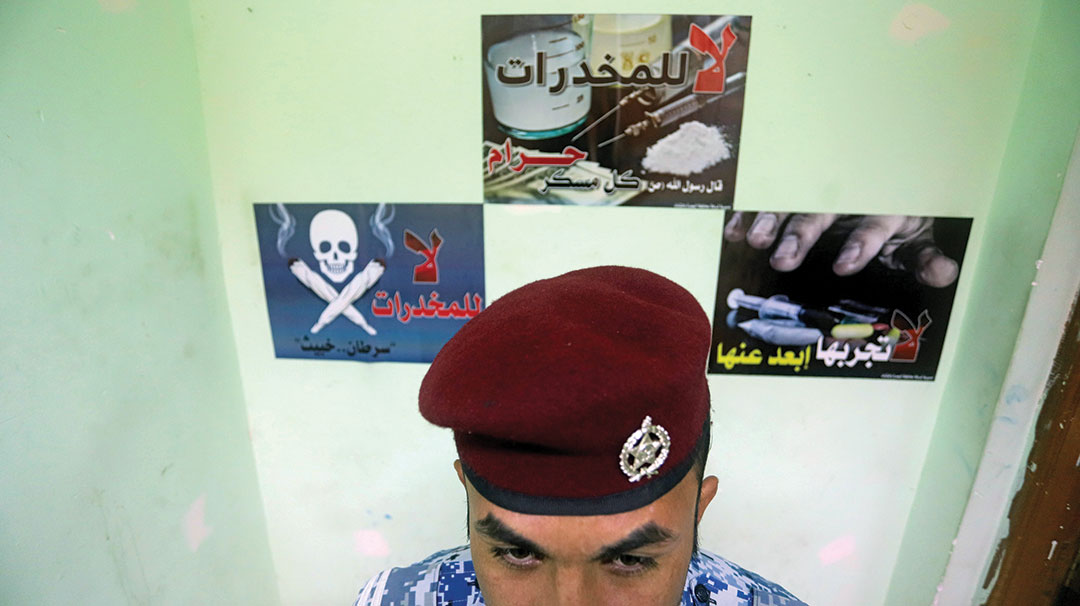 Parents, educational institutions and religious institutions all have an important awareness-raising role to play in combating this problem, Maj. Gen. Raad said. He noted that the law grants amnesty to drug users who come forward for treatment, and this opportunity must be seized by those who have strayed onto the wrong path.

The law likewise provides for mitigating circumstances and a legal pardon when a person committing such a crime provides information that leads to the arrest of gangs and narcotics dealers and the seizure of narcotic substances. This assistance is taken into consideration when assessing the severity of the punishment.

← Coming Together in Tashkent
Bahrain Focuses on Maritime Security →