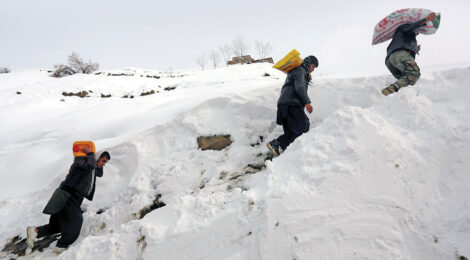 Unipath / October 3, 2019 / Comments Off on Tajiks provide medical care to Afghans / Around the Region, Departments

When heavy snow and avalanches left some residents of northern Afghanistan isolated from the rest of the country, Tajikistan agreed to expand free health care for its neighbors to the south.

Dozens of Afghan citizens received treatment in Tajik hospitals near the Afghan border, a number that Health Minister Olimzoda promised to increase. With financing from the Aga Khan Foundation, Tajik doctors provide medical care to Afghans who are granted visa-free entry to Tajikistan for that purpose. Patients have included wounded Afghan troops.

A delegation of Afghan doctors arrived in Dushanbe in April 2018 to participate in a congress of cardiologists and therapists from Central Asia and neighboring regions. Olimzoda expressed confidence that the gathering would open new areas of cooperation between the two countries in the medical field.  Sources: Avesta, Interfax, Caravanserai