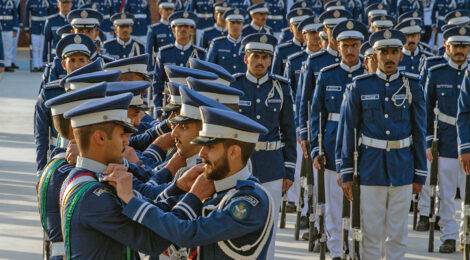 As part of an effort to establish deeper military cooperation in the Red Sea/Gulf of Aden region, Saudi Arabia invited several countries to participate in the Red Waves 1 exercise in Jeddah in January 2019.

Red Waves 1, along with another event called Arab Shield, are considered important steps to bolster regional cooperation and security among countries bordering the Red Sea.

The Red Sea and the adjoining Suez Canal are part of a vital economic corridor accommodating 13 percent of the global trade. Red Waves 1’s larger goal is to stem terrorism, smuggling and piracy, some of which is linked to states such as Iran.  Sources: Alghad.com, Elaph.com