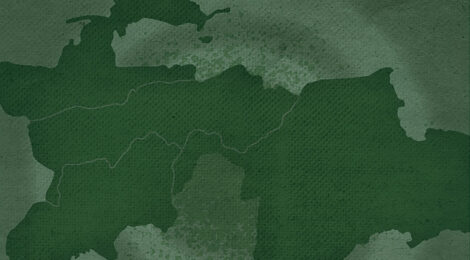 International cooperation is part of the country’s national counterterrorism strategy

In July 2018, four bicyclists visiting from the West, including the United States, were murdered in the Danghara district in Tajikistan’s southern Khatlon province. It was a jarring event in a country that has safely provided for hundreds of thousands of tourists.

The case raised fears among the Tajik public about the threats of radicalization and terrorism in the country. Tajik authorities have been increasingly concerned about the rise of a radicalized version of religion in the country, particularly among young people. These concerns are linked to the conflict in neighboring Afghanistan and the return of Daesh fighters to the countries of Central Asia, including Tajikistan.

Tajikistan’s central government has taken a wide range of measures to prevent and reduce threats of extremism and terrorism in the country. These efforts include adoption of a National Strategy to Prevent Extremism and Terrorism for the period of 2016-2020; creation of the Center for Countering Terrorism, Extremism, and Separatism; educating young people about Islam and distinguishing it from distorted religious propaganda; rehabilitating former extremists; and trying to reduce the spread of extremism in prisons.

Although many of these efforts remain a work in progress, Tajiks insist that a focus on tolerance and inclusiveness — a critical component of the measures outlined above — will help maintain security in the country. 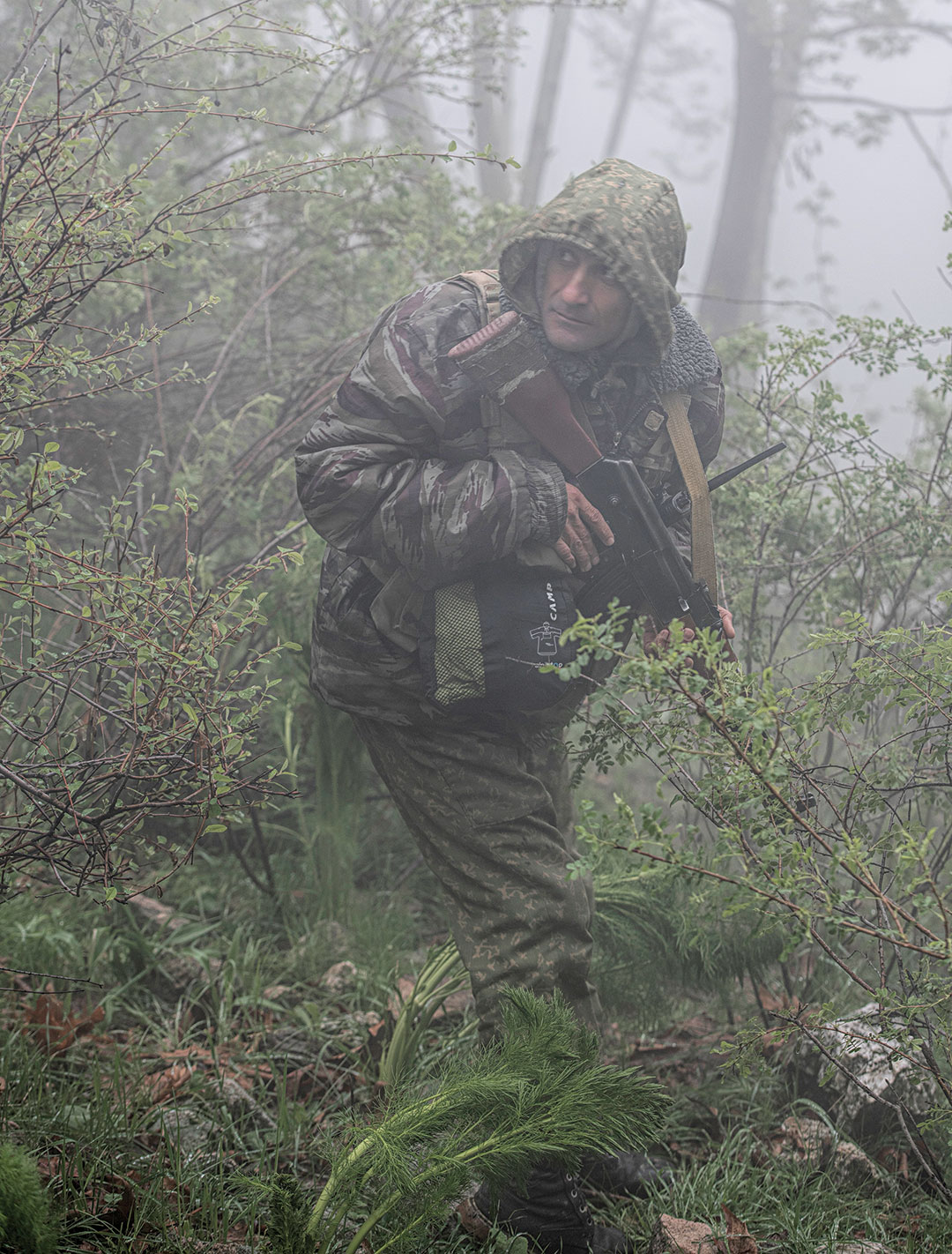 A Tajik Soldier simulates an ambush during mountain training with U.S. troops. Tajikistan views international cooperation as part of its national defense policy.

The Tajik government considers the country’s youths to be among the most vulnerable to radicalization and extremist propaganda. Some young Tajiks laboring abroad, mainly in Russia, were corrupted by Daesh. Unemployed youths within Tajikistan also remain vulnerable to the appeals of radicals.

For the country in which 70 percent of the population is under the age of 30, the prospect of Tajikistan’s future being darkened by distorted religious views is a concern to the Tajik authorities and the wider public. Tajik scholar Sayid Ahmed noted that radicals in his country exploit youth unemployment, poverty, low levels of education and poor knowledge of Islam.

To prevent extremism from gaining ground, the Tajik government launched a counterpropaganda campaign among youths. Khudoberdi Kholiknazar, director of the Center for Strategic Studies under the President of the Republic of Tajikistan, described an active information campaign about dangers of extremist ideas that target young people, especially the unemployed, in all provinces and cities of the country.

Specialists from the center started teaching the history of Islam to prevent radicalization in schools and universities, with a particular emphasis on a branch of the faith known as the Hanafi school. While acknowledging the authority of the Koran, Hanafi is one of four major schools of jurisprudence in Sunni Islam and stresses reliance on reason. The Hanafi outlook is prevalent in Central Asia and has been part of the religious tradition of Tajikistan. Tajik authorities hope that spreading knowledge about Hanafi will act as a strong counterweight to extremist propaganda.

There is also heightened awareness in civil society that parents should pay closer attention to the interests and behavior of young people and educate and engage them in various ways to reduce chances of radicalization. Schoolteachers emphasize the importance of bonding between young people and their parents to create mutual trust.

Young journalists learn how to analyze information for accuracy and recognize manifestations of radicalism. These efforts emphasize the development of critical thinking among young people, particularly in relation to information available on the Internet, which is a potent recruitment tool for extremist and terrorist groups in Tajikistan and the Central Asia region overall.

Recognizing the value of a supportive family environment, the Dushanbe office of the Organization for Security and Co-operation in Europe (OSCE) has organized trainings and workshops for civil society activists about the roles of young people and parents in stopping terrorism and extremism. OSCE held a series of courses for hundreds of Tajik secondary school teachers to improve their understanding of extremism and radicalization leading to terrorism and to teach them skills to prevent violent extremism among young people. Teachers also learned how to discuss religious extremism and radicalization with their students through these training programs. 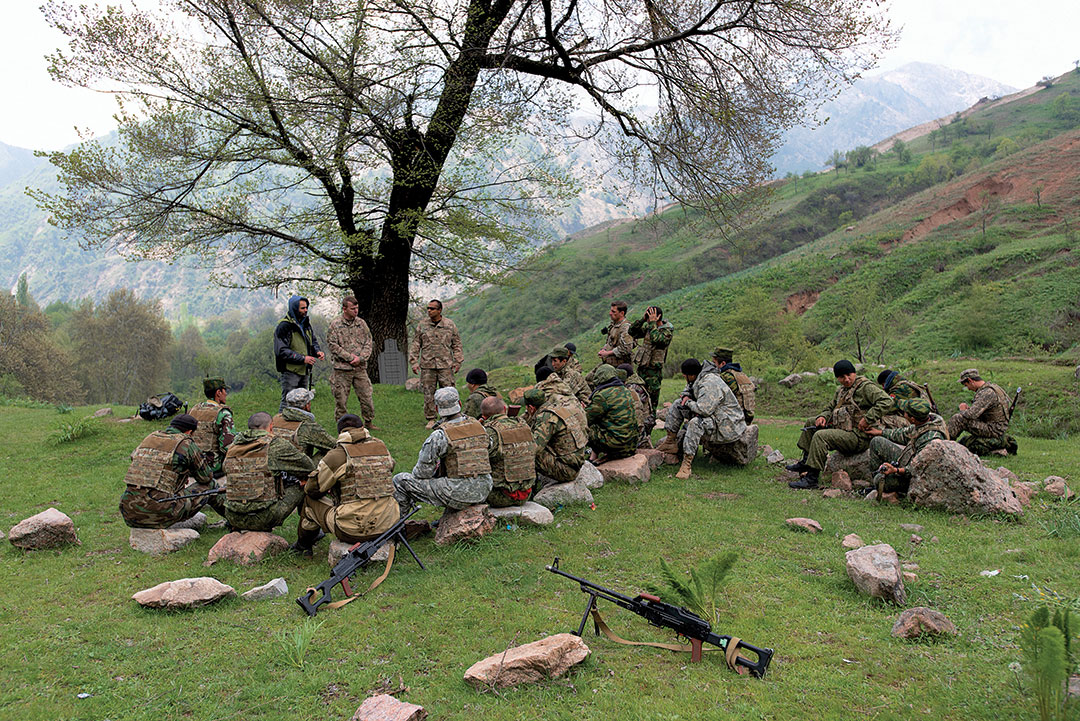 Tajik and U.S. troops conduct mountain training together in 2018.

Tajikistan considers two other groups as highly vulnerable to recruitment by terrorist and extremist organizations — prisoners in Tajikistan and Tajik migrants working in Russia. While the Tajik authorities have less control over terrorist recruitment of some laborers in Russia, it has taken action to rehabilitate captured extremists and reduce recruitment in prisons.

Jailed extremists try to recruit other prisoners, some of whom become radicalized by the time they finish serving their sentences and end up in the ranks of terrorists once out of prison. Tajik authorities have taken a careful and measured approach to reduce the influence of extremists in prisons. For example, instead of cracking down on religion expression in prisons, they distributed Arabic-language Korans and prayer rugs to Tajik prisoners curious about deepening their faith. The theory is that a firm foundation in the tenets of genuine Islam will help prisoners withstand potential propaganda from extremists. Furthermore, the Tajik Committee for Religious Affairs educates prisoners about extremist and distorted interpretations of Koran.

In an effort to reduce recidivism and religious radicalization among former prisoners, Tajikistan created its first written guide to reintegrate these people into society. Developed jointly by lawyers, social workers, and journalists, this unique guide provides contact information of state agencies and nongovernmental organizations, including telephone numbers and addresses of passport and registration services, registry offices, labor and employment agencies, and public organizations, which can help these individuals in various areas of their lives.

In addition, lawyers and social workers provide daily consultations and help ex-prisoners rejoin society in four different cities in Tajikistan. However, a criminal record can prevent people from getting jobs and psychological help, which can lead to a downward spiral for some of them, notes Tajik human rights activist Nargis Zokirova. Without addressing this obstacle and developing comprehensive social reintegration and adaptation programs for former prisoners, the latter remain an at-risk group, Zokirova said.

The Tajik government has also started rehabilitating and reintegrating former Tajik foreign fighters. Relying on an approach used after the end of Tajikistan’s civil war in 1995 to reconcile the Tajik government and its political opponents, the country has been trying to rehabilitate fighters who returned from Syria and Iraq. This approach includes disarmament and reintegration of these individuals to normal life. So far, the Tajik state has pardoned more than half of the returning fighters, satisfied that they are no threat to society.

Although they remain on a government watch list, they can seek employment, travel overseas and study in universities. Some of them also offered testimonies about massacres committed by ISIS and joined government supported programs to fight terrorism.

Several state agencies, including the General Prosecutor’s Office, developed Tajikistan’s National Strategy to Prevent Extremism and Terrorism for 2016-2020. The strategy has many interrelated goals. It aims to analyze and understand the factors that lead to extremism and terrorism in Tajikistan, craft an appropriate state policy to address these problems and improve legal and institutional frameworks to deal with them.

Other goals include fostering tolerance and interreligious harmony in society; consolidating the efforts of state agencies, local governments, and international organizations to prevent the spread of extremist and terrorist ideas and activities; and enhancing interagency cooperation in the government to stop extremism and terrorism from gaining ground. The strategy highlights economic security, improvement in human rights laws and promotion of a national identity as important foundations to minimize these threats to national security.

The strategy has yet to lay out clear steps to implement these goals and still needs to define what constitutes Tajikistan’s national identity. But in November 2018, the Tajik government opened a Center for Countering Terrorism, Extremism and Separatism under the Ministry of Internal Affairs. The country’s General Prosecutor’s Office, Ministry of Interior, and the State Committee on National Security will coordinate their work through this center.

As part of the strategy, Tajik authorities developed a handbook listing all extremist and terrorist organizations, their ideological platforms, explanations of various recruitment methods, and examples of terrorist acts carried out by such organizations. The Tajik government also created a free informational guide called Islam Against Terror, which emphasizes humanist ideas in the Koran and Islam’s incompatibility with terrorism.

In January 2019, Tajikistan announced it will update the law on countering extremism within three months. President Emomali Rakhmon urged adoption of a new law to prevent involvement of Tajik nationals in terrorist and extremist organizations and to repatriate individuals who joined radical groups abroad. President Rakhmon expected his country’s Armed Forces to be in constant military preparedness for any eventuality given the complicated security situation along its border with Afghanistan. According to the General Prosecutor’s Office, the law will reflect the latest international legal acts, including resolutions of the United Nations Security Council and other organizations.

The changes will include a more concrete definitions of the terms “extremism” and “extremist activity” and provide other clarifications. For example, the country had not clearly defined what makes person a salafi — a follower of a strict Sunni Muslim sect. Tajik prosecutors noted that the term can be misleading if applied to any man who wears a beard and prays differently.

Tajikistan’s attempts to address the problem of extremism are not limited to its borders. In his speech to the 73rd session of the U.N. General Assembly in New York, Tajikistan’s representative to the U.N., Makhmadamin Makhmadaminov, urged the U.N. to become a coordinating body to combat global extremism.

He noted that Tajikistan was ready to participate in restoring Afghanistan’s social and economic infrastructure to encourage stability, including connecting the two countries through new transportation routes and supplying electricity to Afghanistan through the Central Asia-South Asia (CASA)-1000 energy project. Tajikistan and Kyrgyzstan plan to sell hydropower to Afghanistan and Pakistan as part of the CASA-1000 project beginning as early as 2019.

Although Tajikistan has not completely uprooted extremist ideas and influences, these initiatives are considered good foundations to build on. Rehabilitation and reintegration of Tajik prisoners and returning foreign fighters is a hopeful sign that the state is adopting social and educational programs to address its most psychologically vulnerable citizens. Tolerant and inclusive ideas enshrined in the National Strategy to Prevent Extremism and Terrorism sets Tajikistan on the right path.