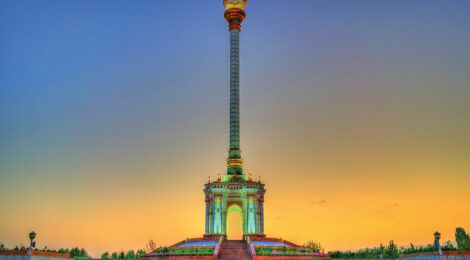 Unipath / January 15, 2020 / Comments Off on Political Reconciliation in Tajikistan / Features

Reintegration of repentant radicals can aid the development of the country

RUSTAM HAYDAROV, PH.D., ACADEMY OF SCIENCES OF THE REPUBLIC OF TAJIKISTAN

The epoch of confrontation between Tajiks must finally be completed in 2019. Starting from 2020, a new stage should begin, a new epoch of development of Tajikistan under the framework of national accord, strengthening the positive international image of the republic. All Tajiks need to unite and concentrate on the implementation of the fourth strategic goal of our state: expanding productive employment through industrialization.

Today, the world is immersed in an era of globalization, which has both positive and negative sides. This is true when it comes to a global problem such as the spread of the ideology of extremism and religious radicalism. Many countries, using various methods and tools — and taking into account their own military, political and economic capabilities — are struggling with this global threat.

It is important to recall that for several decades our country has been confronting threats that come from various extremist and religious-radical organizations. Of course, Tajikistan has experienced both success and setbacks. The leadership of Tajikistan, fighting against manifestations of extremism and religious radicalism, pursued and pursues only one goal — to ensure the safety of the citizens of our state and the preservation of peace and stability in Tajikistan.

We have passed the difficult stage of the formation of our statehood: from conflict to the post-conflict period and, finally, the achievement of complete peace in our land. After achieving this peace, a new political culture gradually began to form in Tajikistan. We who support the government and those who consider themselves opposed to it have learned to coexist in the post-conflict period. A dialogue was established between the authorities and those who considered themselves to be the political opposition, and the political landscape of our society was not affected by negative tendencies.

However, as the modern history of development of our state has shown, in the post-conflict period not all the contradictions of the former political opponents were resolved. Perhaps, at some point, the dialogue between different political forces in Tajik society weakened and as a result, some representatives of opposition groups found themselves abroad. The question arises, how could this happen? Answering this question is quite difficult, but I would like to try. 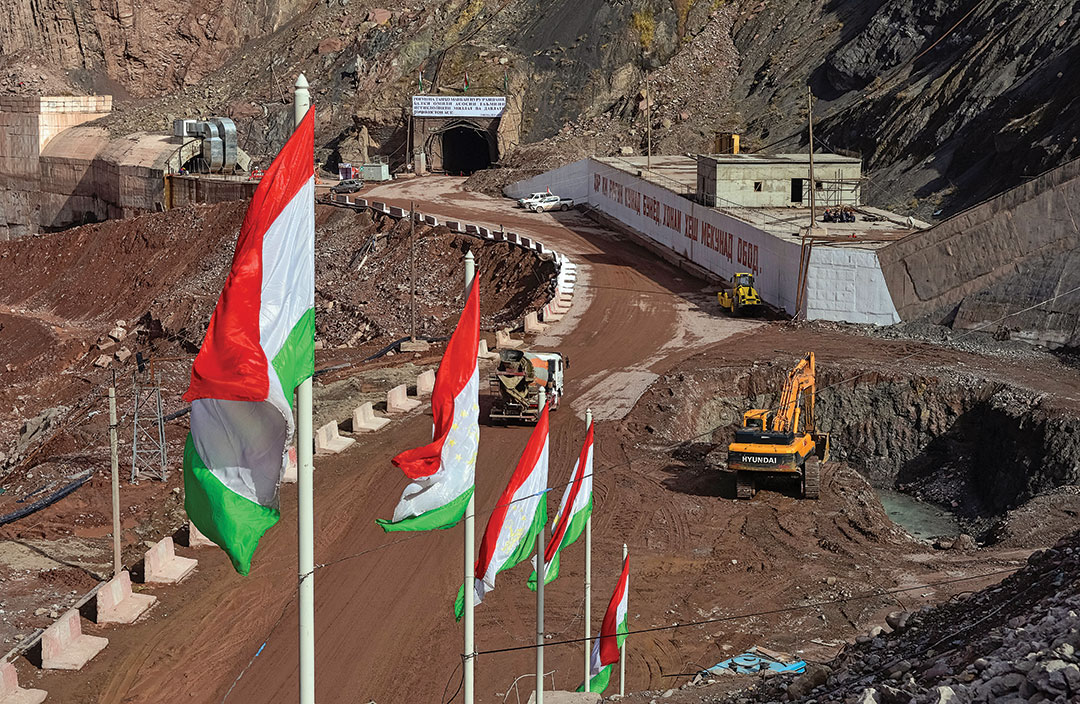 Global political practice shows that the political balance in a given society is maintained by confrontation between the two poles of the political elite — the so-called hawks who solve most problems by force and the so-called doves who suggest solving society’s problems through constructive dialogue and peace negotiations.

This trend can be clearly seen in the example of the opposition of the political elites of Western countries such as the United States. I think that just a few years ago, this was the case in Tajikistan, when the balance between the two poles of the Tajik political elite was broken, and it was no longer possible to develop a constructive dialogue with the political opponents of the official government.

However, today the political landscape of Tajikistan is being transformed and the level of political culture optimized. This happens because the political elite begins to focus on the principles of pragmatism and real politics. It was thanks to the action of such pragmatists that the government of Tajikistan, by creating favorable conditions, succeeded in repatriating more than 50 leaders and several hundred rank and file members of various extremist and religious-radical groups. These citizens were given the opportunity to reintegrate into Tajik society.

In my opinion, the modern political elite of Tajikistan is beginning to realize that the future of Tajikistan depends on the consolidation of all progressive forces of our country. I think that it is possible not to love this or that power in the country, but it is impossible not to love the motherland. Patriotism, in my opinion, is a feature of the Tajik mentality. Representatives of our nation, regardless of religious, political and social affiliation, without exception, love their homeland, our beloved home — Tajikistan. This applies to supporters of the official government and its political opponents.

The need for support

Some Tajiks have been duped by extremist and religious-radical ideologies that led them abroad to join extremist and religious-radical organizations. Based on this, we must help these victims return home, rehabilitate them and reintegrate them into society. The Tajik political elite today is trying to develop a strategy and mechanisms to assist these victims.

But we in Tajikistan have little experience in this direction. We will welcome any advice or assistance in this area from our reliable partners — the United States, Germany, Great Britain and France. These countries have stood with us in the most difficult period of our country and have always provided assistance in strengthening our security and restoring our economy. We are grateful for this invaluable and impartial help from our Western partners.

It is quite obvious that our young republic needs to strengthen the rule of law in strict adherence to human rights. Some unresolved problems in this area, in my opinion, are related to the fact that Tajikistan still needs advice and assistance to eliminate them. Tajikistan seeks to learn from the experiences of the world’s leading democracies in matters of the rule of law and respect for human rights. I am convinced that we still have a lot to learn from our Western partners. Therefore, in this area, our country requires the transfer of knowledge and technology from the European Union and the U.S. 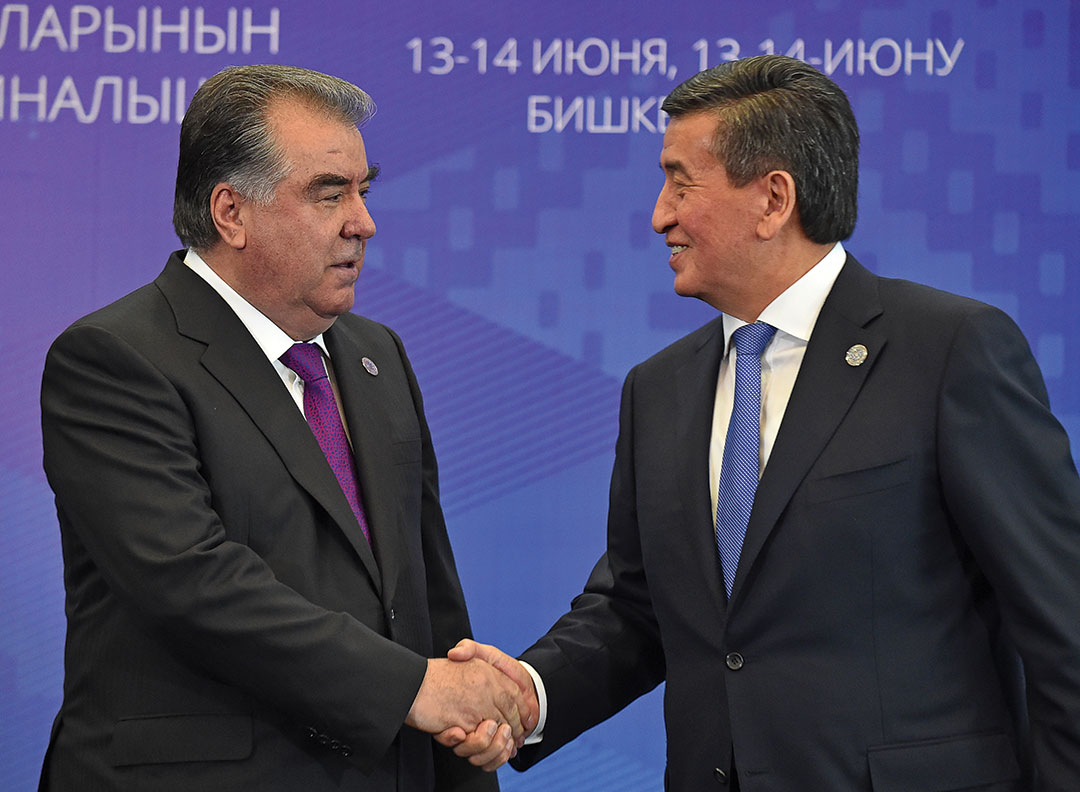 Tajikistan also needs the help of the world community in the fight against manifestations of extremism and religious radicalism in our society. From lack of experience, we are struggling with these manifestations. In our society, more and more people realize that it is necessary to use other methods and means to combat these threats. We must learn to carry out preventive measures to combat these phenomena.

I also think we need to open many specialized centers to help victims of extremist and religious-radical ideologies, where they will be provided with psychological, legal and other necessary aid. And in this case, we hope for the support of our foreign partners. Since we border Afghanistan, our society may be exposed to the threat of the spread of extremist and religious-radical ideologies.

International organizations could assist Tajik victims of extremist and radical religious ideologies and speed up their voluntary return to Tajikistan. However, as practice shows, some foreign circles consciously support the activities of various Tajik extremist and religious-radical groups.

But for what purpose? I am convinced that certain destructive forces that are outside Tajikistan, no matter how hard they try, will not be able to use small Tajik extremist groups to destabilize Tajikistan.

The leaders of Tajik extremist and religious-radical organizations that are outside of Tajikistan need to soberly assess the geopolitical situation around Tajikistan and understand that they will not be able to destabilize Tajikistan either today or after 10 or 20 years. Nobody needs a second hotbed of permanent military-political conflict in Central Asia. The global community is already tired of chronic Afghan instability.

Today, by creating the conditions for the return of victims of extremist and religiously radical ideologies, Tajikistan’s pragmatic politicians are constructing a new paradigm of relations between the official authorities and opposition groups. In my opinion, they make it clear that in Tajikistan the position of the Tajik “hawks” is gradually weakening.

I am absolutely certain that a majority of Tajiks favors a new era of development for our country in the framework of national consensus, growth of a socially responsible economy and strengthening the positive international image of Tajikistan. In my opinion, in the next decade, all Tajiks need to unite and concentrate on the implementation of the fourth strategic goal of our state — creating good jobs through industrialization.

I think that the modern political elite of Tajikistan is beginning to take the first steps in resolving inter-Tajik confrontation, as conditions are created for the voluntary return of many political opponents to their homeland and their reintegration into society.

Former members of extremist and religious-radical groups, having certain contacts among like-minded people, can become a kind of connecting bridge between the current political elite of Tajikistan and Tajik opposition groups abroad. Former members of extremist and radical religious groups who, having realized their mistakes, voluntarily returned to Tajikistan now also have good chances and opportunities to launch a mechanism for resolving the confrontation between official Tajikistan and its political opponents.

Modern international relations are developing in the format of an ongoing dialogue. Dialogue today is the main tool of international politics. Skillful use of this tool can resolve many conflicts and contradictions between countries, political groups and nations.

I suggest that the ability to conduct a dialogue with their ideological opponents allowed many victims of extremist and religious-radical ideologies to realize their mistaken path in politics and return to their homeland. The voluntary return of these people is becoming a trend today. I hope that other ideological opponents of official Tajikistan will find the courage to admit their mistakes and voluntarily return to their homeland. I think that they, as well as the entire population of Tajikistan, are interested in maintaining the political stability and economic prosperity of Tajikistan. Violence is not our method.

In conclusion, I want to note that during our political and economic development, not everything went smoothly. There were successes and failures. But each time, thanks to the true patriots of Tajikistan, our country overcame all crises. I believe that we Tajiks, united in our sincere love of Tajikistan, will be able to understand and forgive each other, eliminate all contradictions and open a new page in the history of the development of our state.