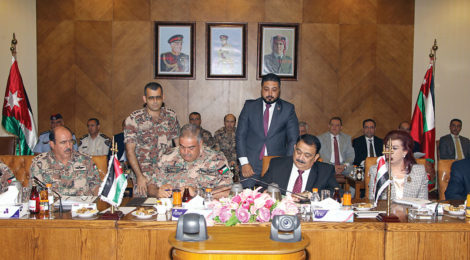 Unipath / May 20, 2019 / Comments Off on Iraq, Jordan Sign Security Agreement / Around the Region, Departments

Iraq and Jordan signed a military cooperation agreement in August 2018 to improve joint security in the post-Daesh era.

The war against Daesh had disrupted trade and communication on the 180-kilometer common border between Iraq and Jordan. The disruption was partly resolved with the reopening of the main border crossing at Trebil, Iraq, in 2017.