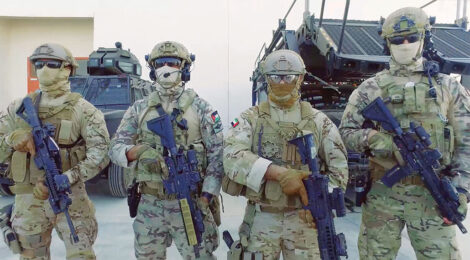 The importance of carrying out the Jordanian-Emirati joint exercise Strong Stance 1 lies in highlighting joint action among closely allied countries to confront any external threat. This 2019 exercise reflected the depth of friendly relations between two countries linked by fraternity — the Hashemite Kingdom of Jordan and the United Arab Emirates — and the extent of the solidarity and military and security cooperation between them.

The importance of this exercise also lies in strengthening military relations and putting the concept of joint action into practice, in addition to planning, managing and executing joint operations and raising the level of combat effectiveness and operational and logistical capabilities. Joint exercises also have the ability to send messages to the enemy that the countries involved have strong, highly combat-effective armed forces and powerful allies capable of dealing with all risks and circumstances.

The exercise was characterized by professionalism, cooperation and seriousness on the part of all. It was completed in various stages that achieved the objectives in record time, an indication of the participants’ professionalism. From its commencement, the exercise and the troop arrival stages achieved success in strategic transport, which demonstrated the capabilities and competencies of the United Arab Emirates (UAE) in that field.

The exercise focused on combat in built-up areas as one of the complex environments considered to be a future threat. In line with the operational environment in which the exercise was conducted, coastal defense was a highlight and demonstrated the professionalism and ability of participants to apply the most important lessons of coastal defense via defensive preparations and the use of barriers and fire coordination. During these operations, participants demonstrated the highest level of readiness, speed and accuracy of execution.

His Majesty King Abdullah II bin Al Hussein of Jordan and His Highness Crown Prince Sheikh Mohammed bin Zayed of the UAE visited the training site to affirm mutual cooperation and the strong, brotherly ties between the two countries. The king and his son, the Jordanian crown prince, were welcomed by Sheikh Mohammed, who also serves as deputy supreme commander of the UAE Armed Forces. 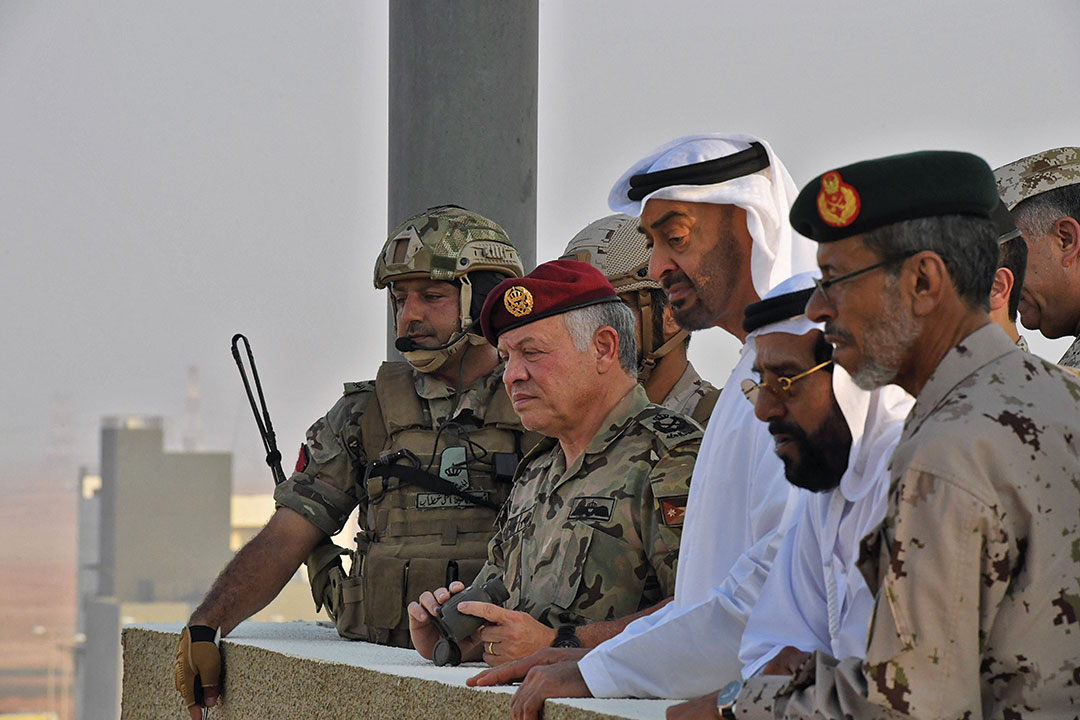 King Abdullah and Sheikh Mohammed listened to a brief on the events of the exercise, which included various joint training using medium and heavy weapons. These activities demonstrated participating forces’ combat skills, quality of training and qualifications, in addition to the high level of understanding and compatibility in the implementation of joint military operations. The two leaders also toured the built-up area used in the training. They then paid tribute to the participants, and King Abdullah affirmed the extent of cooperation and relations between the two countries.

In his remarks, the king expressed deep thanks and appreciation to the armed forces of both nations participating in the exercise for the excellence they showed in conducting the exercise. He commended Sheikh Mohammed for the support he provided to achieve this convergence of the two armies.

“All thanks and respect from me and from my brother Mohammed bin Zayed regarding the excellent training we saw today. It has been our hope for years that Emirati troops and Jordanian troops would be shoulder to shoulder,” King Abdullah said. “Thank God that this has come true and we have seen it today. And this is a message not only to the people of our two brotherly countries but also to the region and the world that we stand together in one trench against any challenge we face together.

“God willing, we will see you every year either in the UAE or in Jordan. I reiterate my thanks to His Highness Sheikh Mohammed bin Zayed Al Nahyan, who has brought the Emirati Army closer to the Jordanian Army.”

For his part, Sheikh Mohammed stressed the importance of cooperation between the two countries and the depth of their relationship. “Our ties have deep roots, our cooperation is firm and robust, and our forces are ready, effective, and able to work together for the stability of the region and to counter various threats,” Sheikh Mohammed affirmed.

Strong Stance 1 is the result of the historical and strategic relations between the two countries in general and between the Jordan Armed Forces and the UAE Armed Forces in particular. The watchwords for the exercise were working side by side, performance synergy, complete preparedness and high-level coordination. This excellence did not emerge out of nowhere, nor was it conducted on the spur of the moment. Instead, it arose from the wise leadership of both countries, which makes an impact and bears fruit on the training field.