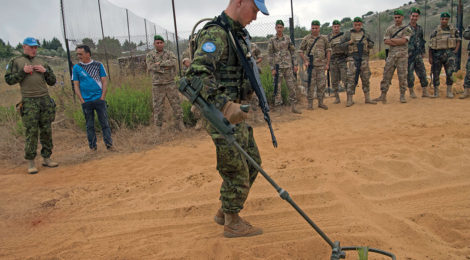 Unipath / May 22, 2019 / Comments Off on Avoiding Explosives in Lebanon / Around the Region, Departments

The United Nations Interim Force in Lebanon (UNIFIL) is providing training and instruction to Soldiers and civilians to detect and avoid land mines and improvised explosive devices.

“Land mines and other explosive remnants of war not only endanger the lives of UNIFIL personnel, but also of local populations throughout south Lebanon,” UNIFIL Commander Maj. Gen. Michael Beary said.