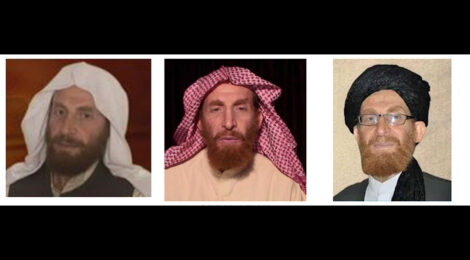 In a mission that united the efforts of Afghanistan’s national intelligence service and military forces, Afghan troops tracked down and killed one of al-Qaida’s top commanders.

The death of Husam Abd al-Rauf, also known as Abu Muhsen al-Masri, illustrates the growing ability of Afghanistan’s legitimately elected government to defend its territory from the depredations of terrorists.

The Egyptian-born al-Rauf met his end in Ghazni province at the hands of Afghan special operations forces on October 24, 2020, and Afghan leaders suggested it wouldn’t be the last such operation.

“Terrorist groups, especially al-Qaida and Daesh, should realize after the killing of their leaders that Afghanistan is not safe for their activities,” Abdullah Abdullah, chairman of the Afghan high council for national reconciliation, said in a statement.

Afghanistan’s government is negotiating with Taliban representatives on an agreement to end military conflict and share power. In the meantime, Afghan forces, especially the country’s commandos and Special Mission Wing, have conducted more than 1,000 missions resulting in the destruction of terrorist cells lurking in the country.

Abd al-Rauf, who had been on the U.S. Federal Bureau of Investigation’s Most Wanted Terrorist List, was reportedly living under the protection of the Taliban about 150 kilometers southwest of the capital Kabul.

While praising his forces for their successful mission against al-Rauf, Afghan President Ashraf Ghani urged continued vigilance to purge the country of terrorist violence. Afghanistan’s National Security Directorate was the first to announce al-Rauf’s death.

“Terrorism still remains a huge threat to Afghanistan, the region and the world, and the Taliban has not cut off their ties with other terrorist networks, including al-Qaida, yet,” the president announced the day after al-Rauf’s demise.

U.S. officials cheered the news of the death of the al-Qaida leader. Until they lost power in Afghanistan in 2001, the Taliban harbored al-Qaida fighters in the country, a base from which the terrorist group launched global attacks.

“We commend the Afghan forces for their successful operation against al-Qaida senior leader Abu Muhsin al-Masri,” the U.S. National Security Council said. “His removal is welcome news in the fight against al-Qaida and denying it a safe haven in Afghanistan.”

Afghan government officials reiterated that, under the terms of a U.S.-Taliban peace agreement signed in February 2020, the group agreed to renounce support for terrorists.

After al-Rauf’s death, President Ghani’s office demanded the Taliban “stop the war and violence and facilitate a dignified and sustainable peace in the country.”