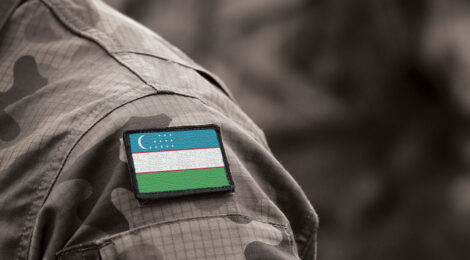 The May 16, 2018, visit of Uzbek President Shavkat Mirziyoyev to the United States was historic: It was the first time that any Uzbek president had traveled officially to the U.S. since 2002. President Mirziyoyev’s meeting with his U.S. counterpart, Donald Trump, marked not just normalization of bilateral ties, but also deepening of economic, social, cultural, military and security relations. President Mirziyoyev characterized the meeting with President Trump as a start of a “new era of strategic partnership” between the countries. The diplomatic exchange culminated in the signing of a five-year bilateral military cooperation agreement.

The improved relationship was summarized by U.S. Ambassador to Uzbekistan Daniel Rosenblum at a news conference in Tashkent in July 2019. “The U.S. is interested in deepening its security partnership with Uzbekistan, including countering terrorism and combating drug trafficking,” Ambassador Rosenblum said. “This means not only working together to ensure peace and prosperity in Afghanistan, which is a common goal, but also cooperation to combat violent extremism, transnational crime, drug trafficking and other threats.” 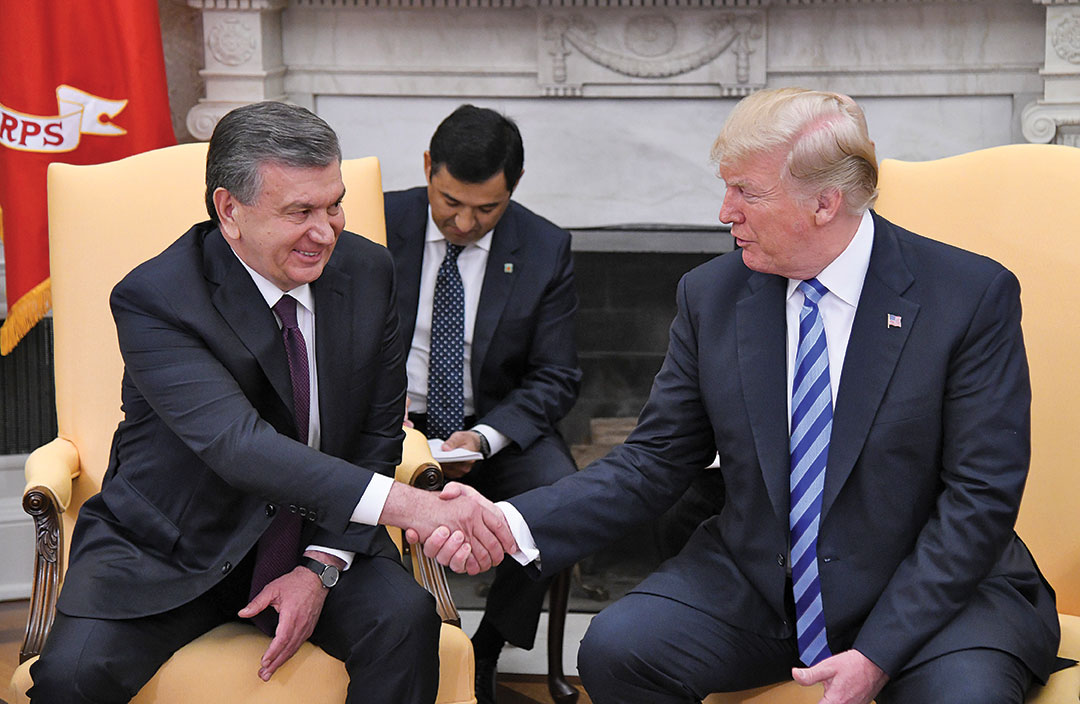 Since the beginning of 2019, Uzbekistan has made important breakthroughs to strengthen ties with the U.S. military. In February 2019, then-Commander of U.S. Central Command Gen. Joseph Votel paid an official visit to Tashkent to participate in a conference of the chiefs of the general staff of armed forces in Central and South Asia. The conference, organized by CENTCOM, was held in Tashkent for the first time. President Mirziyoyev said it served as a platform to discuss and develop joint approaches to solve one of the worst conflicts in the region — the war in Afghanistan. The meeting between Gen. Votel and President Mirziyoyev emphasized the importance of expanding Uzbek-American military cooperation, which included assisting Uzbek Armed Forces with military education, training military technical specialists, and collaboration between military and security forces of the two countries.

President Mirziyoyev expressed his hope to boost the combat capability and readiness of his country’s Army with the help of American specialists, according to the Asia Times online newspaper. Although details of such cooperation are not disclosed, Uzbek political analyst Rafael Sattarov believes that it implies modernization of special forces, acquisition of new types of weaponry and ammunition for the country’s special forces and border patrol officers, and equipping the Armed Forces with armored vehicles. Both countries also reportedly discussed educating Uzbek cadets in U.S. military schools.

In early 2019, Uzbekistan took another important step to boost military ties with the U.S. Between January 13 and 31, 2019, Uzbek special forces participated in military exercises called Southern Strike jointly with the U.S. National Guard at the Camp Shelby military post near Hattiesburg, Mississippi, and at a training center in Gulfport in the same state. According to a statement by the Uzbek Defense Ministry, such exercises “support military preparedness and cooperation between military forces of the U.S. and its key allies.” It was the first time that Uzbek special forces were part of joint military exercises on U.S. territory. As part of this training, an Uzbek delegation, headed by then-Defense Minister Abdusalom Azizov, met with American military leaders in Mississippi in January 2019, and officials at the CENTCOM headquarters in Tampa, Florida, in the U.S. to discuss security issues in Central Asia, opportunities for further cooperation with the U.S. military, and future joint and international military exercises.

Under the leadership of President Mirziyoyev, Uzbekistan began partnering with military and educational organizations and instructors in the U.S. Gregory Gleason, professor of security studies at the George C. Marshall European Center for Security Studies (a partnership between the German Ministry of Defense and the U.S. Department of Defense) began teaching a course on international security at the Academy of the Armed Forces of Uzbekistan. Professor Gleason now conducts regular workshops for faculty and students of the academy. A senior lieutenant of Uzbek Armed Forces reserves, Makhmud Abbosov, noted that because instruction in military educational institutions in Uzbekistan is still based on the material from the Soviet era, “the [Uzbek] Army needs modern methods [of teaching] and experiences.” 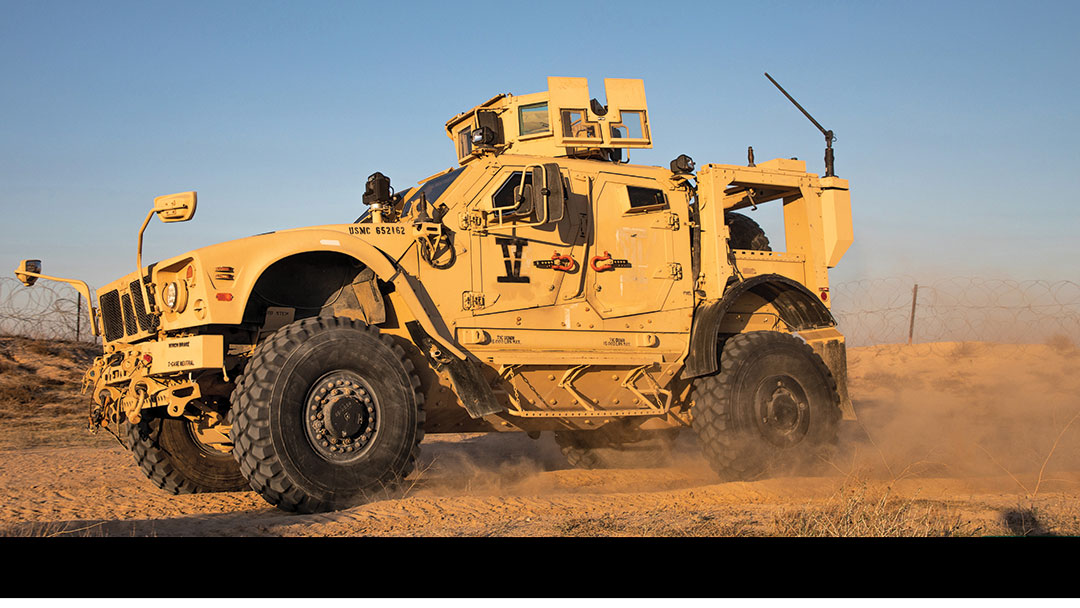 The closer ties between Uzbekistan and the U.S. in recent years have also yielded economic benefits for both sides. A year after starting his presidency, Mirziyoyev held a series of bilateral meetings with representatives of American companies in New York during his visit to the 72nd Session of the United Nations General Assembly in September 2017. These meetings resulted in investment agreements in the oil and gas industry, machine building and civil aviation worth $2.6 billion.

According to Alice Wells, the U.S. State Department’s deputy assistant secretary for South and Central Asia, the U.S. has tripled the amount of financial assistance to Uzbekistan, from $10.1 million in 2016 to $28.1 million in 2018. Uzbek authorities pointed out that more than 160 American companies have invested $600 million in the country over the past few years. In turn, Uzbekistan expressed its readiness to contribute to the American economy by reducing its gold reserves and buying U.S. treasury bonds instead. The volume of bilateral trade doubled in 2018.

American diplomats and military leaders increasingly consider Uzbekistan an essential regional ally and a peace broker in Afghanistan. A new U.S. congressional caucus on Uzbekistan held a meeting in Washington in February 2019, where a representative from Texas vouched for the strategic significance of Uzbekistan. Created at the initiative of President Mirziyoyev in November 2018, the caucus planned to hold meetings twice a year to discuss how to advance Uzbek-American relations.

An agreement between the U.S. and Uzbekistan to jointly coordinate the peace-building process in Afghanistan appears to be at the core of the renewed American interest in Uzbekistan. Uzbek and U.S. diplomats have held a series of political consultations on how to bring peace to that country. Washington recently approved Tashkent’s role as a political negotiator to end the conflict in Afghanistan. Uzbek officials played an important role in trying to build dialogue between the Taliban and the Afghan government.

Ismatilla Irgashev, special representative of the Uzbek president to Afghanistan, commented recently that all of his country’s actions toward Afghanistan adhere to one overarching principle — the ongoing conflict is a problem of the Afghan people, which must be resolved by Afghans themselves under Afghan leadership without undue interference from other countries. According to Irgashev, this approach allowed his country to gain the trust of all political factions in Afghanistan, including the Taliban. Given its latest initiatives to serve as a peace negotiator in Afghanistan, Uzbekistan gained more credence in the U.S. 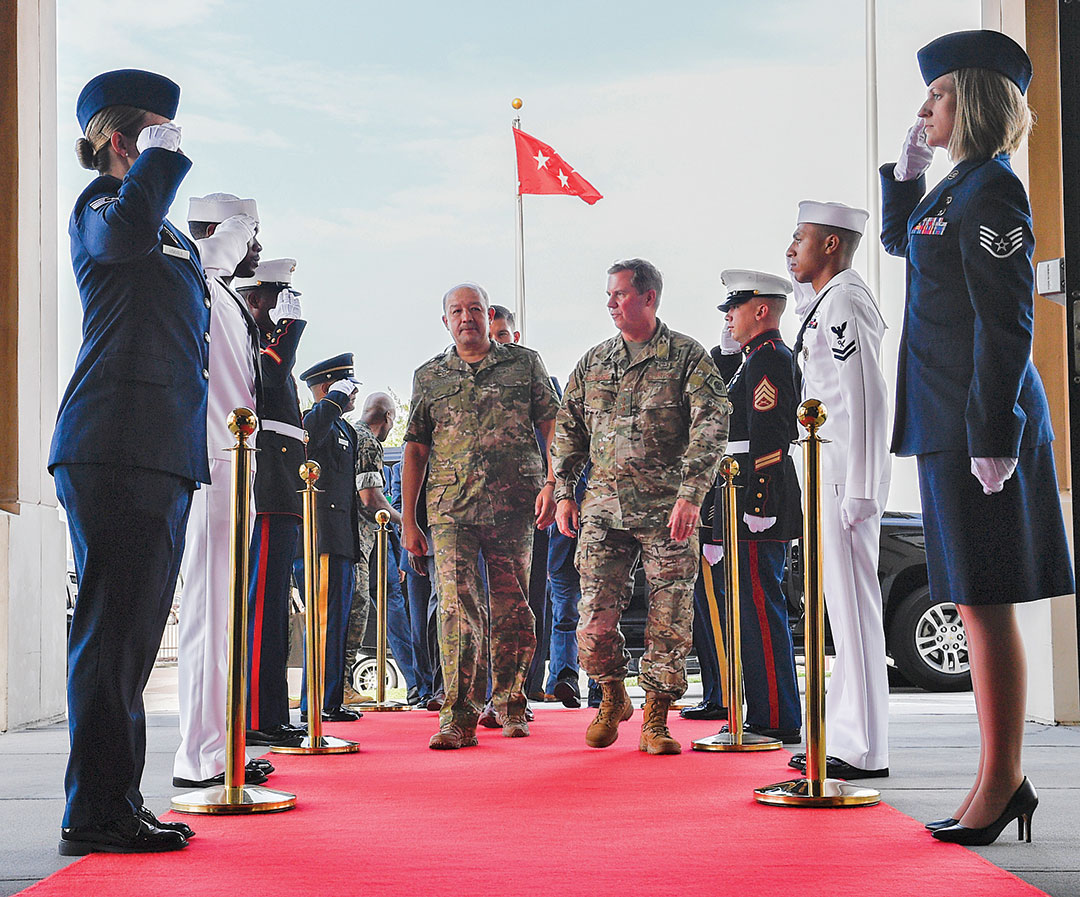 Improvement in relations between Uzbekistan and the U.S. in recent years is part of a dramatic change of Tashkent’s domestic and foreign policies, spearheaded by President Mirziyoyev. Since 2016, he opened up his country to the world and strengthened relations with numerous global and regional players. For the first time in decades, Uzbekistan has improved its interactions with neighbors in the region, attracted more foreign investments and tourists, and reinforced ties with strategic allies, including the U.S.

Uzbek-American cooperation began in the 1990s, shortly after Uzbekistan achieved independence from the Soviet Union. While the 1990s were marked with economic cooperation between the two countries, military partnership commenced in 2001, after the U.S. dislodged al-Qaida and other terrorists from Afghanistan. In 2001, Uzbekistan agreed to open a military air base in Khanabad for American troops to support military operations in Afghanistan. The air base hosted more than a 1,000 U.S. personnel alone. Between 2005 and 2009, relations between the two countries suffered a setback after closure of the U.S. air base, following domestic problems in Uzbekistan.

Uzbek-American military cooperation improved during President Barack Obama’s administration, cooperation that was transactional and pragmatic. U.S. forces won the right to use Uzbek territory to deliver nonmilitary supplies to international troops in Afghanistan through the Northern Distribution Network (a transit route that goes through several countries in the former Soviet Union, including Uzbekistan). Tashkent benefited from joint military exercises and new military equipment from the U.S. In 2012, an American military and diplomatic delegation to Uzbekistan agreed to supply modern equipment and weapons to Uzbekistan, including “mine detectors, body armor, satellite navigation equipment, night vision devices, small arms, unmanned aerial vehicles, and attack helicopters.” By 2013, 70 percent of American cargo destined forces in Afghanistan passed through Uzbekistan, although the volume of deliveries has decreased since then.

In 2014, the U.S. began selling Mine-Resistant Ambush Protected vehicles (MRAPs) to Uzbekistan, including armored repair and recovery units to support them. Touted for their resilience and ability to survive mines and improvised explosive devices, these vehicles would significantly boost the resilience of Uzbek Armed Forces. Within two years, Tashkent received 308 MRAPs and 20 repair units worth about $150 million.

In 2018, President Mirziyoyev issued a presidential decree to deepen the bilateral military partnership. However, such cooperation did not envision reopening an American air base in Uzbekistan. According Navbahor Imamova of the Voice of America, American officials have not ruled out the possibility of providing more equipment if Tashkent asks for it, since Washington is interested in Central Asian border security and fighting cross-border drug trafficking.

Placing his country’s interests first and staying true to Uzbekistan’s long-standing commitment to conduct its foreign policy free from pressures of regional players, President Mirziyoyev has stepped up his country’s relations with the U.S. to the next level. Fully aware that terrorism, extremism and radicalism are long-term threats to Central Asia, Uzbekistan is likely to maintain and strengthen its partnership with the U.S.

President Mirziyoyev’s efforts to make Uzbekistan a serious regional player and a peace negotiator in Afghanistan are likely to strengthen confidence in Tashkent. The U.S. appears to have finally regained an important strategic partner in Central Asia after years of uncertainty.

← No Haven for Daesh
A Coordinated Response →