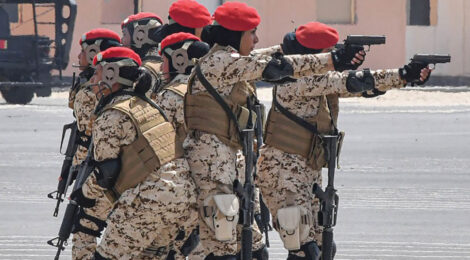 The Bahrain Defense Force (BDF) invited units from the National Guard and the Interior Ministry for phase one of the exercise, held mainly near Bahrain’s western coastline from Ras al-Matala to Ras al-Bar.

His Majesty King Hamad bin Isa Al Khalifa, supreme commander of the BDF, observed the performance of his troops on the final day of the exercise. He was joined by the chiefs of the BDF, National Guard, Royal Guard and other top military commanders.

“We are proud of the generous patronage of His Majesty, the Supreme Leader of Bahrain Defense Force, for the successful exercise Homeland Shield 2020,” said Brig. Gen. Ali Saeed Al-Mansouri, commander of the 15th Royal Tank Brigade.

“Participants have demonstrated a high level of combat readiness and professionalism in executing tasks to the fullest and at a highest level of efficiency and excellence.”