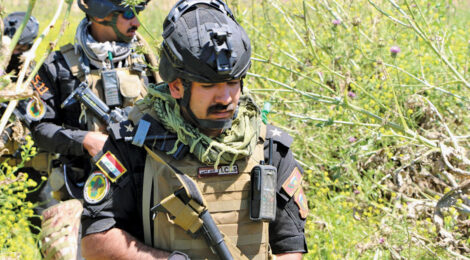 No Haven for Daesh

Photos by the Iraqi Counter-terrorism Service

Remnants of Daesh tried to create a haven on an island in the Tigris River, a platform from which to launch attacks against innocent Iraqis. Thanks to the efforts of the Iraqi Counter-Terrorism Service (CTS) and its partners in the coalition forces, the Daesh resurgence was extinguished.

The village of Qanus is 30 to 40 kilometers north of Salah al-Din governate’s Shirqat district, separating it from the Nineveh governate. Qanus Island, or Zur Qanus, about 10 kilometers north of the village, is an uninhabited tract of reed beds, surrounded by the Tigris River on all sides, leading residents to call it an island.

Qanus Island was not fully secured following the liberation of northern Iraq. Notably, after the Battle of Baghouz in Syria, Daesh attempted to deploy its remaining fighters to entrench themselves in areas with natural impediments to accessibility. 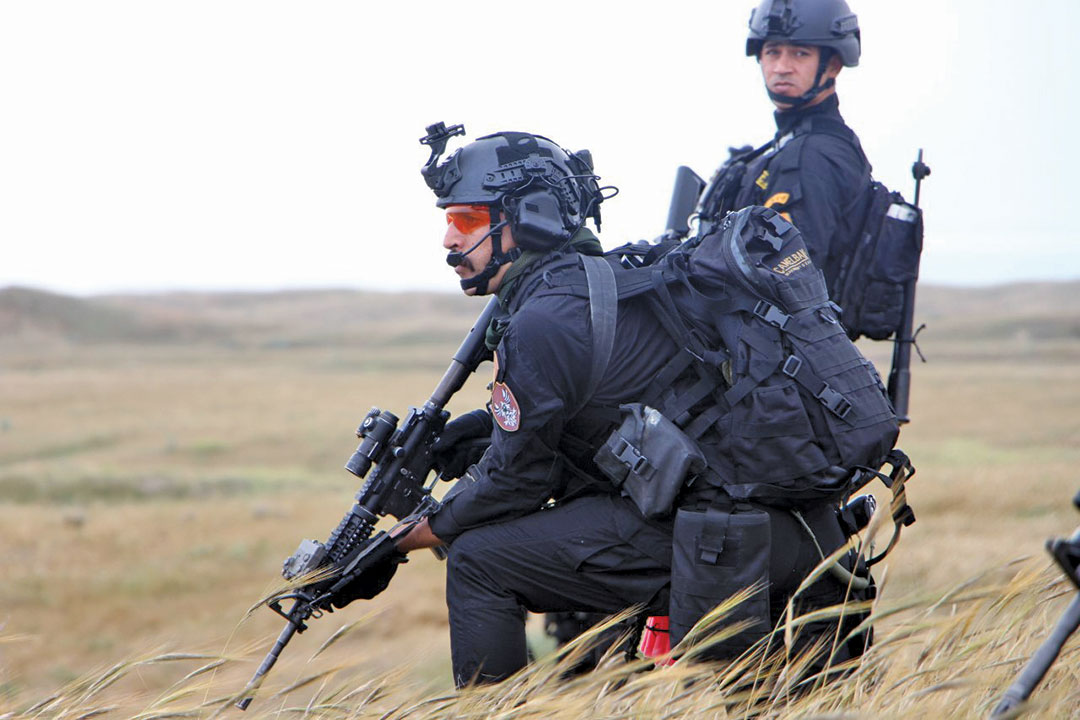 The remnants of Daesh had numerous auxiliaries in the area and took advantage of the geography and dense vegetation to hide and carry out attacks against Iraqi security forces and civilians. The area is also strategically located at a crossroads with access to Kirkuk, Diyala, Salah al-Din, Anbar and Nineveh governorates.

Great heroes pursued victory on Qanus Island and envisioned the end of the fight against Daesh. The village of Qanus, with its vast river island, suffered under the control of the Daesh. Footage of international coalition airstrikes exposed the high mobility of the Daesh remnants who imagined that they could continue to operate, regroup and threaten the security of our dear cities, particularly in the liberated regions of Nineveh and Salah al-Din. Indeed, this strategic operation is evidence of the depth of the partnership between coalition and Iraqi security forces in combating terrorism.

Then CTS Commander Gen. Talib Shaghati Alkenani provided the planning and follow-through for the operation executed by heroic officers and valiant fighters. With the additional backing of Army Aviation and the coalition’s advanced F-15 and F-35 aircraft, the ground shook under the feet of the Daesh fighters within their so-called safe haven. The command and control of CTS, with the support of Commander in Chief of the Armed Forces, provided the psychological underpinnings of operations striking at new staging grounds Daesh sought to establish in riverine regions of Iraq.

CTS provides the resolve for tracking down and drying up new sources of terrorism, a strategy that allows us to live in safety. Counterterrorism forces learned the lessons of the fall of Mosul on June 10, 2014. The battles of liberation provided our security forces with considerable experience in combating terrorism and dismantling the newly formed networks. 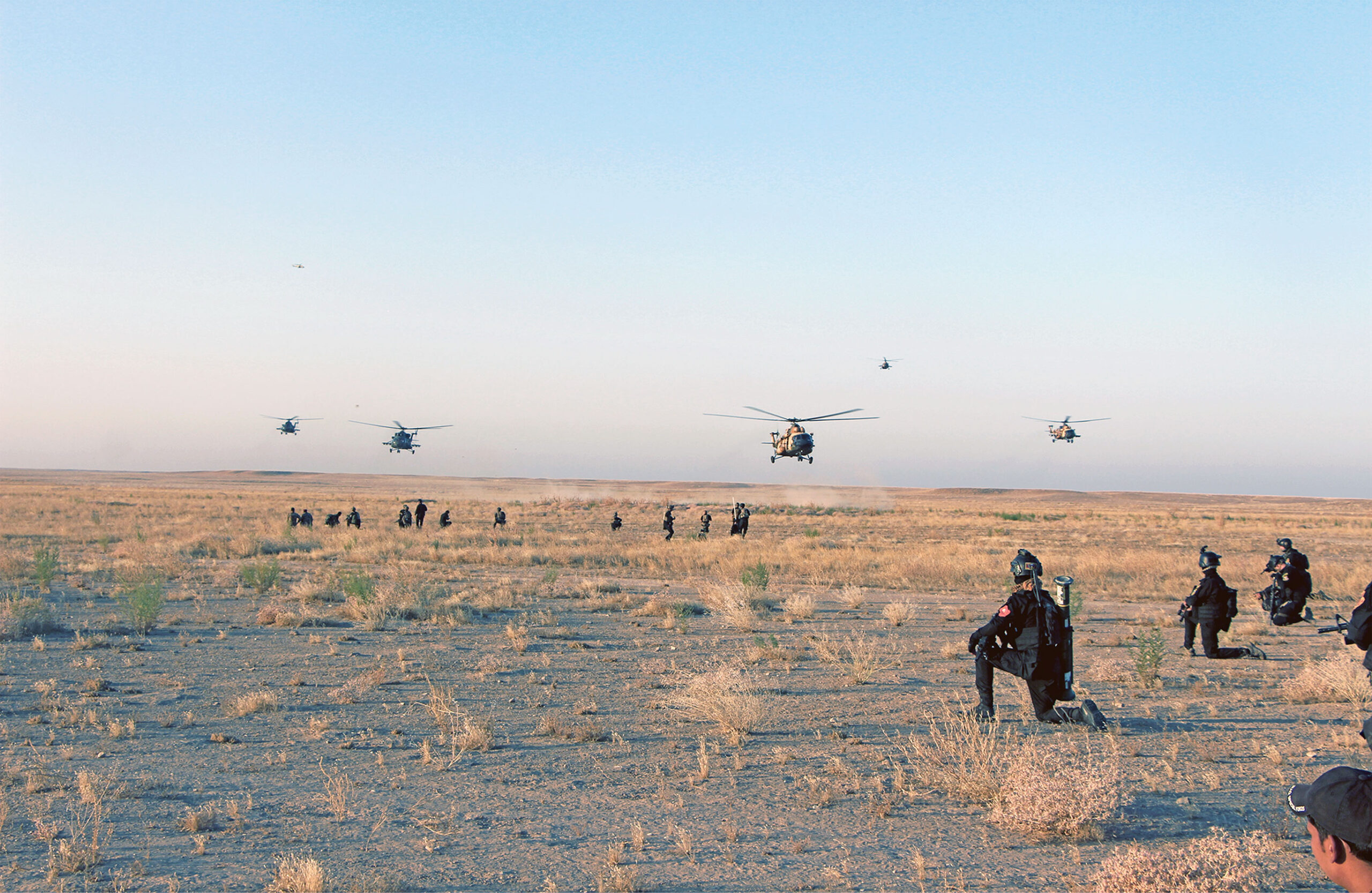 In the aftermath of the terrorist organization’s loss of military hideouts and amidst a 92% drop in funding, a 96% decline in recruits, and the inability of a crumbling Daesh to generate 87% of its media products, terrorists began targeting civilian life of small towns in liberated areas. The remnants of Daesh continued to send spurious dispatches expressing support to their vanishing and crumbling leadership in a flight to the desert. They were left with nothing to do but wait for the buzz of advanced aircraft picking them off with smart bombs and destroying the caves and tunnels they had dug in a belief that the deep reconnaissance of Iraqi CTS forces and the international coalition’s reconnaissance aircrafts would not discover their whereabouts.

Organization, training, and access to state-of-the-art advances in the counterterrorism field, along with experience-sharing and visits made by CTS, have rendered it a highly capable force worthy of the respect of the people and the government.

Its success story began with a single man and great leader — Gen. Alkenani — who came first in everything, and whose vision and distinctly patriotic Iraqi roots are reflected in the institutional work required to create the large institutional structure of the Counter-Terrorism Service, a service based on patriotism and professionalism as the standard for affiliation, institution building and combat. In this way, the CTS has continued to serve unwaveringly, thinking only of citizens and country, safeguarding the hard-fought victory achieved through the noble blood of martyrs.

The time has come for Iraq to build a comprehensive national counterterrorism strategy based on drying up the sources of terrorism and economic and human development. Terrorist organizations such as Daesh have become akin to dead weeds scythed by the sickles of the Iraqi forces advancing upon them with vigor, resolve and might.

← Unity on the Seas
Uzbekistan as Security Partner →