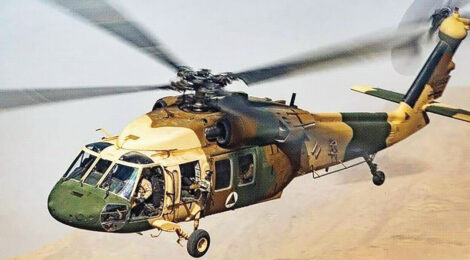 Stumbling off the C-17 at Kandahar Airfield in May 2018 was likely the most jarring experience of my military career. Up to that point, I had been deployed to three places as a helicopter pilot: the Pacific and Indian oceans and the Arabian Gulf. While embarking on this, my fourth deployment, the experience was wholly new and deeply different from anything I had done before.

I was the only officer from the U.S. Navy assigned to the 441st Air Expeditionary Advisory Squadron in Afghanistan. I was a winged aviator who had significant helicopter experience at sea, but little or no experience flying in deserts and mountains. That made my presence in Afghanistan all the more challenging and the object of endless humor in the squadron.

For a year prior to my departure — thanks to a program called Afghanistan Hands — I and other U.S. military personnel were trained in the history, culture, politics and economics of Afghanistan and received intensive instruction in one of the languages spoken there. The hope was to build a cadre of advisors who could forge better relationships with their Afghan counterparts and inform the U.S. military on how to improve its advisory role with the Afghan military and government. When I first stepped foot in Kandahar, it became my job to train and advise the officers and crews of Afghanistan’s first UH-60 Blackhawk helicopter squadron. 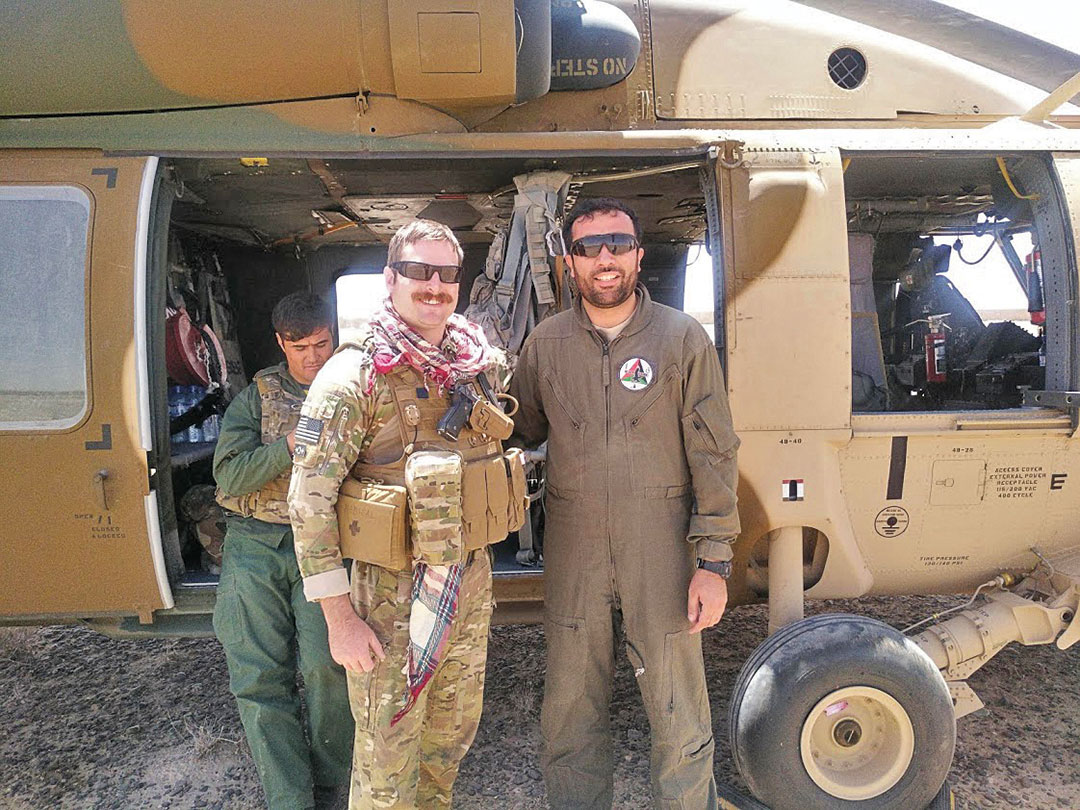 Lt. Jack McCain, left, poses in front of an Afghan Blackhawk with Maj. M. Salim, the pilot he helped train to fly the helicopter.

After a short period of adjustment and orientation to local flying conditions, I began to instruct new aviators in how to fly and fight with the Blackhawk. The goal was to build a capable, professional and sustainable squadron. I encountered eager, intelligent and thoughtful young officers, all of whom wanted to make a difference. After a few flights, it was difficult not to be impressed by the skill and determination of pilots who came from every corner and culture of Afghanistan and were striving daily to make themselves combat ready.

Aside from simply flying the aircraft, pilots in the Blackhawk squadron have extensive duties. Each pilot was assigned a specific role that he had to develop from scratch. For instance, the pilot assigned as tactics officer had to sit down with his U.S. advisor counterpart and devise standard operating procedures to address the unique challenges of the operating environment of southern Afghanistan. This role would challenge even the most seasoned aviator, much less one so new to the aircraft. It was in this role that I first met Maj. M. Salim.

Maj. Salim was no stranger to operating in Kandahar, Helmand and Uruzgan provinces when I started as his advisor. In fact, he had been flying out of Kandahar for more than seven years, logging thousands of combat hours in the rocket-armed Mi-17 helicopter. He had flown in some of the hottest spots, supporting Afghan ground forces through air assaults, medical evacuations, close air support, logistics and transport. He was one of the first Afghan pilots I was fortunate to fly with, and we built an excellent working relationship. He is eager, quick-witted, well educated, humble and committed to the continued professionalization of the Afghan Air Force to help secure a peaceful future for his country.

There was never a moment in which I failed to see him working on a way to improve his squadron or assisting and inspiring his fellow pilots. I was even more fortunate to notice his fearlessness in the face of grave danger, exhibiting personal bravery and a care for the ground forces’ well-being, constantly keeping in mind the contributions made by the Blackhawk to troop success and safety. He models the best qualities of the Afghan Air Force, and was keen to share some of his insights with Unipath:

Lt. McCain: What part of Afghanistan are you from?

Maj. Salim: I am from Panjshir. I was born in Kabul, but when the Taliban took Kabul, I went to Panjshir with my family for safety.

Maj. Salim: We have more helicopters than we have ever had before in the Afghan Air Force. After we received the UH-60, it brought a significant change to the battlefield. Now we can evacuate casualties and support our ground forces anywhere they need it. The Blackhawk is good for the Afghan Air Force for two main reasons: First, it is easy to get any parts for the Blackhawk that we need, thanks to U.S. support and a good logistics system. Second, the Blackhawk is a very useful airframe for the Afghan Air Force because it more than replaces the Mi-17. It burns less fuel than the Mi-17 and is an incredibly maneuverable helicopter, with speed capabilities faster than that of the Mi-17, giving its crew more safety and enabling more rapid mission completion.

Lt. McCain: How will the new helicopters help secure the future of the Afghan Air Force?

Maj. Salim: I am confident that the Blackhawk will help the Afghan Air Force more than the Mi-17 has. As it stands today, the program is already on its feet and growing quickly, enabling us to support our ground forces flexibly. As we train more pilots and have more aircraft in more places, we will be able to sustain and support any mission required for the peace and stability of Afghanistan. 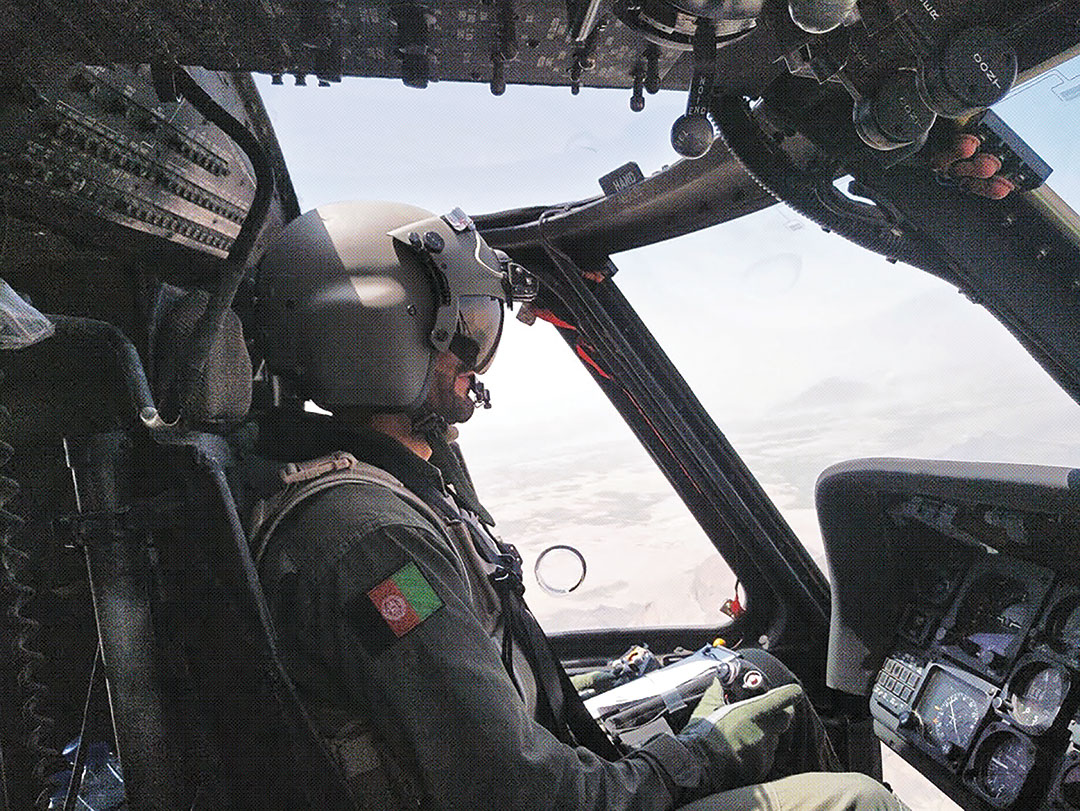 An Afghan pilot flies a Blackhawk.

Lt. McCain: How has the squadron contributed to the fight against terrorism in Afghanistan?

Maj. Salim: It has improved the morale of our troops by guaranteeing them evacuation if they are wounded and providing them consistently with supplies. But even more deeply, the support shown through the incorporation of the Blackhawk has helped reinforce the notion that the fight against extremism and terrorism is not just the duty of Afghanistan, but that of the United States and every nation.

Lt. McCain: What are your hopes for the future of the Afghan Air Force?

Maj. Salim: I want what every pilot wants — more air power and more airframes. I also want to continue the partnership with the United States and its allies to continue to train pilots and maintenance personnel and to help ensure we are successful in our continuing fight against terrorism. I have seen huge progress since I began flying for the Afghan Air Force but realize there is more work to do.

Lt. McCain: Describe your training and the opportunities it has opened up.

Maj. Salim: I did my initial pilot training in the C-208 and MD530 at Shindand Air Base, then proceeded to the Mi-17 and now am flying the UH-60. I was trained by the U.S. Air Force, the U.S. Army and one U.S. Navy instructor, and that training has given me the opportunity to serve my country, and now, to help train young pilots to fly on the battlefield. I have also been afforded an education and the ability to fly high-performance aircraft, which is quite an adventure.

Lt. McCain: What does serving your nation mean to you?

Maj. Salim: I am very proud to serve my nation; however, I do not just fight for my own nation, but to help the people of the world to live in peace, free of terrorism. It has been the great honor of my life to do so and to continue to do so.

Maj. Salim has risen to Blackhawk squadron commander at Kandahar Airfield and continues to fly and fight for Afghanistan. He also helps develop a professional, capable and sustainable Afghan Air Force by training pilots and maintaining the high standards instilled by his advisors. He has completed over 2,000 combat hours and countless missions in support of Afghan ground forces.

← Partners with a Purpose
Unity on the Seas →